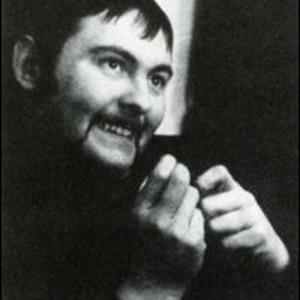 Graham John Clifton Bond (28 October 1937 in Romford, East London, England ? 8 May 1974 at Finsbury Park station, Finsbury Park, North London, England) was an English musician, considered a founding father of the English rhythm and blues boom of the 1960s. Along with John Mayall and Alexis Korner, Bond was one of the great catalytic figures of '60s rock in Britain. Technologically and musically, Bond was an innovator...

Technologically and musically, Bond was an innovator, perhaps the first British musician to use the Hammond organ and Leslie speaker combination (in an R&B context), the first to "split" the instrument for portability, the first to build an electronic keyboard, and the first rock musician to use a mellotron, which can be heard on his first two LPs.

Bond was educated at the prestigious Royal Liberty School in Gidea Park, a borough of London. He first gained attention as a jazz saxophonist as a member of the Don Rendell Quintet.
Afterwards, he was briefly a member of Alexis Korner's group before forming the Graham Bond Organisation (GBO). With a lineup of Bond on vocals and organ, Ginger Baker on drums, Jack Bruce on double bass, and, briefly, John McLaughlin on guitar, they generally stayed close to their jazz and R&B roots. Bond was the primary songwriter, and he also produced the group's two studio albums, The Sound of '65 and There's a Bond Between Us.
The GBO is notable in popular music history for jump-starting the careers of two future Cream members, bassist/singer Jack Bruce and drummer Ginger Baker. One song Bruce and Baker originally recorded with Bond, "Train Time," later wound up in the repertoire of Cream.
Later when blues and R&B scenes erupted on the British gig circuit, the Graham Bond Organisation became known for playing the most evil-sounding and dirty R&B heard in the UK. Other notable personnel included Jon Hiseman, John McLaughlin and Dick Heckstall-Smith. In a sense, Bond was a catalyst in the formation of British groups Cream and Colosseum, as members of those groups came from Bond's group.
Although highly influential within UK music circles, the GBO never experienced the popular chart success of their peers. One factor for this could have been Bond's rough, growling singing voice, which was an acquired taste. Another was the decided lack of conventional star appeal of the four members: Bond, Bruce, Baker, and saxophonist Dick Heckstall-Smith. In addition, the group's studio albums were never released in the United States. Bruce, then Baker left the band to form Cream in July 1966.
Amid internal band struggles and Bond's worsening problems with substance abuse, the GBO disbanded in 1967. In the years which followed the breakup of his band, Bond's mental and physical health deteriorated. He exhibited symptoms of what today would be called bipolar disorder: erratic, manic episodes, wild mood swings, and periods of intense depression.
After the break-up of the last Organisation line-up, Bond did some solo recording and session work and eventually turned up in Ginger Baker's Air Force. He went to the USA to record and do session work (playing saxophone on Dr. John's The Sun, Moon & Herbs (1971), among other sessions). Upon returing to the UK, Bond married singer Dianne Stewart. Later the couple teamed up with Pete Brown to record Two Heads are Better Than One in 1972.
Bond and his wife shared an interest in magick, and together they subsequently formed and disbanded several groups, including Holy Magick which recorded We Put Our Magick On You (released in 1971).
After the near-simultaneous collapse of his band and his marriage, Bond formed Magus with British folk-singer Carolanne Pegg. However, mainly due to financial problems, the group disbanded around Christmas 1973 without recording. During that same period, he discovered American singer-songwriter-guitarist Mick Lee, and took him under his wing. They played together live, but never recorded. The new band also had plans to include Chris Wood of Traffic, but never materialized due to Bond's untimely death.
The following year found Bond at his lowest ebb. His financial affairs were in chaos, and the demise of Magus had badly hurt his pride. Throughout his career he had been hampered with severe bouts of drug addiction, and in January 1973 had spent a month in hospital after a nervous breakdown.
He seemed on course again in 1974, however, until, on May 8 of that year, Bond died under the wheels of a train at Finsbury Park station, London (most sources list the death as a suicide). He was 36 years old. Friends agree that he was off drugs, although he was becoming increasingly obsessed with the occult (he believed he was Aleister Crowley's son).
[edit]

Two Heads Are Better Than One

We Put Our Magic On You

We Put Our Magick On You

Love Is The Law