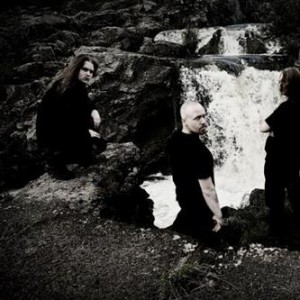 There are at least two different artists with the name Colosseum: 1. A British progressive jazz-rock band formed in 1968. 2. A funeral doom metal band from Finland. They released three full-length albums before disbanding. 1. Colosseum is a British progressive rock / jazz-rock band formed in 1968 by drummer Jon Hiseman, tenor sax player Dick Heckstall-Smith and bass player Tony Reeves, who had previously worked together in John Mayall's Bluesbreakers on the Bare Wires album.

1. Colosseum is a British progressive rock / jazz-rock band formed in 1968 by drummer Jon Hiseman, tenor sax player Dick Heckstall-Smith and bass player Tony Reeves, who had previously worked together in John Mayall's Bluesbreakers on the Bare Wires album. Dave Greenslade, on organ, was immediately recruited, and the line-up was completed by Jim Roche on lead guitar and James Litherland on guitar and vocals. Roche only recorded one track before being dropped. British Colosseum made their live debut at the Scene Two club in Scarborough. They were later recorded by influential BBC Radio One DJ John Peel for his Top Gear Radio program. This appearance gained them valuable exposure and critical acclaim.

Colosseum's first album, Those Who Are About To Die Salute You, was released by the Fontana label in 1969. Colosseum also played on the ?Super Session? film with Jack Bruce, Roland Kirk Quartet, Eric Clapton, Stephen Stills & Buddy Guy. Colosseum's second album, also in 1969, was Valentyne Suite, notable as the first release on the Vertigo label, who also first signed heavy metal pioneers Black Sabbath. The Vertigo label was launched by Philips to sign and develop the more 'progressive' artists, such as Manfred Mann Chapter lll and Ian Carr's Nucleus, that did not fit the main Philips Records brand.

Dave "Clem" Clempson replaced James Litherland in 1970 for their first American released album, The Grass Is Greener, which combined tracks form the first UK album with some new material. Louis Cennamo briefly replaced Tony Reeves on bass, but within a month was himself replaced by Mark Clarke. Later the band recruited vocalist Chris Farlowe as lead singer, to enable Clempson to concentrate on guitar. This is considered to be the definitive Colosseum line-up, which partly already recorded the 1970 album Daughter of Time.

In March 1971, the band recorded a live album from concerts at the Big Apple in Brighton and at Manchester University (with the band returning to Manchester five days later for a free concert to complete the recording sessions). The live double Colosseum Live was released in June, but a few months later the band broke up when Clem Clempson left to join Humble Pie, though a lack of new material and fatigue also contributed to their demise.

Hiseman went on to form Tempest and later Colosseum II in 1975, with a stronger orientation towards jazz-fusion rock, featuring guitarist Gary Moore, and Don Airey on keyboards. Colosseum II released four albums before disbanding in 1978.

Colosseum reunited in 1993 for a festival in Freiburg Germany and a live TV show in Cologne (released on video and later a DVD) with such success that they are still touring today, as well as releasing several CDs, both in the studio and live.

Hiseman's wife Barbara Thompson, a talented saxophonist, composer and bandleader in her own right (Paraphernalia) guested with the band on various occasions before taking Dick Heckstall-Smith's place when he died in 2004. She is now a permanent member of the band.

2. COLOSSEUM is a project with the aim to create the most bleak and funereal atmospheres through music. Darkest hymns for forlorn souls, diving into the deepest abyss of the mind. Drones of delirium and doom are taking their caustic form and the conjurations for the debut album are being prepared. Dark waters stir? The Gate of Adar has been opened and there's no turning back?The idea of COLOSSEUM was born in 2006 when the mastermind of YEARNING started due to his frustration towards mostly everything to create extremely slow and heavy material. After composing five full-length cd's under the name of YEARNING he wanted to do something extremely dark and powerful. Mixture of darkest kind of Funeral Doom Metal with the strong influences from both Dark Ambient and Orchestral Works melted together from the very first beginning. The idea was to mix together the rich and colorful chord progressions of classical music,the soundscapes of Ambient and total darkness and heaviness of extreme Doom Metal. Dauntless slowness and power of Funeral Doom genre mixed with influences from such acts as Dead Can Dance, Lustmord etc. New songs began to take their form quite easily and finally the compositions were finalized with the lyrics wandering in the realms of suicidal depression,delirium,Sumerian/Lovecraftian myths and ghastly depths evoked by the dismal atmosphere of the music.Some demo material was sent to a few labels and the interest was quite immediate from the underground labels around the world. At this point the band was completed with Olli Haaranen(guitars/production) and Janne R?m?(bass) both sharing a strong commitment towards the dark arts and also a long background in underground metal?After a while of search they got in touch with Sameli K?ykk?(drums) to complete the line-up.Material was constantly evolving and after the few offers from the labels COLOSSEUM finally accepted the one offered by Firedoom Music in 2007. The debut album Chapter 1: Delirium was recorded at D-Studio, Klaukkala in May 2007 and released in November 2007. The album gained a positive response from the fans and the press and the first pressing was quite quickly sold out.COLOSSEUM also did live appearances in Riga, Liepaja and Finland. New material was born and in July 2008 the band headed to D-Studio again to record Chapter 2: Numquam.With subjects such as death,hatred,paranoia,depression,suicide,darkness and doom the album will offer musically wider spectrum and new angles to Funeral Doom. Symphonic and Ambient influences blended with heavier approach and also more variety between songs.Album features also session musicians on violin,cello,trumpet and flute.Chapter 2: Numquam is to be released in January 2009 through Firedoom Music.It's a masterwork of dark ambiance. ?

Time On Our Side