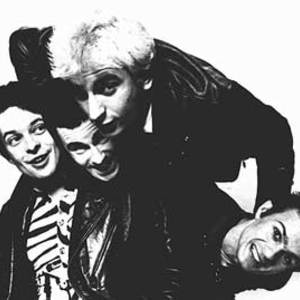 999 became a popular act within the London punk circuit, releasing its first single ("I'm Alive") in 1977 under its own label. The band soon found chart success, attaining five top 100 UK hits under the United Artists label. However, 999's popularity began to wane in the early 1980s. 999 disbanded in the mid-1980s only to reform soon afterward. They have since released several albums and continue to tour.

999 are one of Britain's best loved punk rock bands from 1977 and who are still going strong and playing today.

Along with the Ruts, 999 typified the lesser known British Punk of the late 70s. Pure energy and style and some classic tracks. "I'm Alive", "Emergency" and "Homicide" to name but three that will live long in the memory.

Also similar to the Ruts, 999 built much of their following through gigging the down and dirty venues around Southall in West London. 999 never showed the same reggae influences as the Ruts though, maintaining a 'pure punk' sound throughout. They are also still alive and well, and still gigging it hard.

check out the official 999 web site at www.nineninenine.net

Feelin' Alright With The Crew