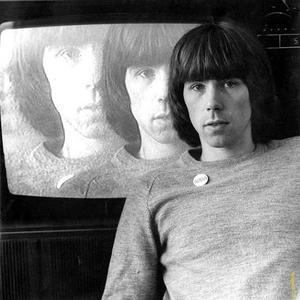 There are multiple musicians named Chris Carter. ? One - Chris Carter is best known for being the synthesist and founder member of Throbbing Gristle and one half of electronic duo chris and cosey (aka Carter Tutti). He was born in 1953, in North London, UK. His long time partner Cosey Fanni Tutti is the mother of his son, Nick and also a member of Throbbing Gristle. He began his career in the late 1960s' working for various TV stations (Thames, Granada and LWT) as a sound engineer on numerous TV shows and documentaries.

? One - Chris Carter is best known for being the synthesist and founder member of Throbbing Gristle and one half of electronic duo chris and cosey (aka Carter Tutti). He was born in 1953, in North London, UK. His long time partner Cosey Fanni Tutti is the mother of his son, Nick and also a member of Throbbing Gristle. He began his career in the late 1960s' working for various TV stations (Thames, Granada and LWT) as a sound engineer on numerous TV shows and documentaries. This gave him an invaluable grounding in working with sound, audio techniques and theories. He also got more involved in the visual side of entertainment and perfromance, which eventually progressed into designing and presenting light shows and visual effects for numerous festivals, events and performances, including bands as diverse as Yes and Hawkwind. This work led to commissions for BBC TV shows, Colour Me Pop and The Old Grey Whistle Test.
By the early 70's Chris was touring universities and colleges with a solo, multimedia show playing self-built synthesizers and keyboards and incorporating a myriad of lighting effects gleaned from his previous work. During this time he also worked extensively with visual artist John Lacey on many 8mm & 16mm experimental films and multimedia presentations. In the mid 1970s', and through his connection with John Lacey, Chris began an experimental music/sound collaboration with Cosey Fanni Tutti and Genesis P-Orridge, who at the time were also performing as coum transmissions with Peter Christopherson.
The results of this musical collaboration was the creation of the now legendary Throbbing Gristle, Industrial Records and the birth of the 'Industrial Music' phenomenon. In 1976 Chris also worked at the London bureau of the ABC News agency as a sound engineer and during that time designed and constructed their London radio studio. In 1977 he was offered a contract to build another ABC studio in Rome but turned it down to continue his involvement as a member of Throbbing Gristle.
During the early years of TG the four members each continued with other solo projects and work. It was during this period (1980) when Chris recorded his first solo album for Industrial Records titled 'The Space Between', (now available on Mute Records). Shortly after the demise of Throbbing Gristle in 1982 Chris Carter and Cosey Fanni Tutti formed their CTI (Conspiracy International) label (with backing from Rough Trade Records) and began working together as chris and cosey and as CTI. Initially releasing only music they soon moved into producing video works and with the help of Doublevision released a number of CTI experimental video films and soundtracks. In 1985 Chris released his second solo album Mondo Beat. As well as successfully touring all over the world chris and cosey also recorded and collaborated on innumerable releases, most notably with Annie Lennox and Dave Stewart, Robert Wyatt, Coil, Boyd Rice, Lustmord, Monte Cazazza and many more. chris and cosey and Carter Tutti have also remixed tracks for Mortal Loom and Erasure, Pantaleimon, Throbbing Gristle, John Cage, Current 93 and Chris Ewan (FBH). In 1994 Chris moved also into journalism and regularly has technical articles and reviews published in UK magazine Sound On Sound.
Chris is also a keen photographer and graphic designer and in collaboration with Cosey Fanni Tutti has designed and produced numerous album covers, posters and art works. 1995 saw Chris return to solo performance work after a gap of some 15 years. In 1998 Chris released a compilation CD of tracks from his 1995 Disobey tour: Disobedient, and In 2000 he released a solo studio album: Small Moon. 1998 also saw the release of Caged, a collaboration album with electro musician Ian Boddy.
In 2000 Chris, in collaboration with Cosey Fanni Tutti, began producing and releasing a series albums titled: Electronic Ambient Remixes. The first of these, EAR ONE, consisted of remixes of his 1980 'The Space Between' album. In 2002 he released EAR THREE a further solo ambient CD, which consists of remixes of his original Throbbing Gristle industrial rhythm tracks. In 2003 Chris Carter and Cosey Fanni Tutti stopped releasing material and performing as chris and cosey and now produce all their work under the title of Carter Tutti. One of their first appearances as Carter Tutti was a special quadraphonic perormance in the Disney Theatre at MOCA, Los Angeles.
Chris Carter and the other original members of Throbbing Gristle regrouped in 2003 for a series of TG related releases and events. These include the TG24 CD boxed set and accompanying art exhibition in London and performances in 2004 at the Astoria, London, Camber Sands, Sussex and Turin, Italy in 2005.
During 2005-2008 Carter Tutti performed in Los Angeles, Pisa, Venice, Madrid, Barcelona, Athens, London, Berlin and Poland. They also appeared on the recent Current 93 album 'Black Ships Ate The Sky' and are currently working with a number of other musicians on collaborations and projects, which they will announce soon.
During 2007 Chris Carter and Cosey Fanni Tutti again worked on numerous Throbbing Gristle projects, recordings, installations, exhibitions and performances. These included their groundbreaking audio/visual performance at Tate Modern turbine hall and their 3-day 'public recording session' at the I.C.A London.
The new Carter Tutti album Feral Vapours of the Silver Ether has just been released on the CTI label and is already being heaped with praise and rave reviews and is being acclaimed as "their finest yet". Chris Carter continues to work with both Cosey and TG and is also currently working on a new solo experimental audio project titled CCCL.
More information at: http://en.wikipedia.org/wiki/Chris_Carter_%28musician%29 and www.chriscarter.co.uk


? Two - Musician, Producer and DJ, Chris Carter learnt his engineering skills whilst at the legendary ON U SOUND working with the likes of Adrian Sherwood, Little Axe, Asian Dub Foundation, Audio Active and Bim Sherman.
Since starting to release his own productions in 1997, he has had a steady stream of releases on a number UK based breaks labels including TCR, Botchit + Scarper, Forged, En:Vision, Secret Agent, Track,and his own Record Records amongst others, earning him a reputation as a master of well-crafted left-of-centre dancefloor tunes.
Remix work includes tracks for Forged, Botchit, Cup of Chi, En:Vision, Passenger,and most recently as Roxiller on Sober, Functional and Broke Records.
In 2005 he co-established the Record Records (REC) label, intended as an outlet for his own material, as well as Roxiller - his joint studio project with JHz - and other future collaborations.
Dicography on http://www.discogs.com/artist/Chris+Carter

? Three - Chris Carter is a struggling music major at Southern Oregon University. Chris got his first guitar on his 12th birthday and has poured his soul into music since. He has found singing might be his true calling, but usually his most creative thoughts are lost with lack of ambition. He wants to be a successful and significant musician, but is battling between the values of art and entertainment; one day the line will be clear. Chris has played in such bands as Big White Feet, T.V. Casualty, Shipwrecked, I Never Heard the Bullet, and some others he can't remember at the moment.