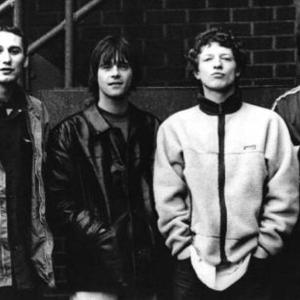 (1): Cast was formed in 1993 by John Power, the former bassist of The La's. They released four albums between 1995 and 2001. Cast were at the height of their popularity during the mid-90's Britpop movements. Whilst popular, they were seen as one of the "lesser" bands of the moment, often overshadowed by the likes of more popular bands such as Blur, Oasis and Pulp. It has been suggested that the name "Cast" was taken from the final line of the final song on The La's eponymous (and only) album. The song "Looking Glass" ends with the line ""The stone is cast, the glass is smashed".

After the commercial failure of their final studio album Beetroot in 2001, Cast split in 2002. John Power would subsequently release a solo album. In 2005 it was announced The La's were reforming with John Power included, this would seem to preclude any comeback for Cast for the foreseeable future.

A 2004 greatest hits album - The Collection - also failed to chart. It was criticised as it failed to feature the hit singles "Alright" and "Walkaway" from their most popular release All Change and was comprised largely of album tracks.

Since 2002 Peter Wilkinson has recorded and toured with a number of artists including Ian McCulloch and McCulloch's reformed band, Echo & the Bunnymen. Wilkinson left Echo and the Bunnymen in mid 2005 and has now rejoined the Liverpool band Shack who are currently signed to Sour Mash , Noel Gallagher's record label. Shack are due to release their new album On the Corner of Miles and Gil in March 2006.

(2): CAST was founded in 1978 in Mexico. Like so many other progressive rock groups they have evolved through the years and the music and influences have been changing between each album. Generally you can say that they are playing melodic progressive rock with many long instrumental passages combined with influences from baroque, bossanova, classical music, heavy metal, jazz and tango. The lyrics are mostly based on fantasy themes.

They have a very keyboard oriented british neo-progressive sound and although they are from Mexico there are no distracting accents. You can hear influences from many different progressive rock bands such as Camel, Emerson, Lake & Palmer, Dream Theater, mid-period Genesis (their main influence), Jethro Tull, Led Zeppelin, Marillion, Pendragon, Pink Floyd, Rush, Savatage, UK and Yes. All of the CD's are passing 60 minutes, with an average track length about 8 minutes long.

CAST is definitely one of the best neo-progressive bands together with Marillion and Pendragon. It's very strange that they haven't gained more recognition in the neo-progressive genre. CAST is also said to be a very good live act.

3) Cast debuted as 50% of Norwegian rap group Equicez with the now-classic 2003 album "State of Emergency". He has always been one of the most controversial rappers in Norway, due to his former drug addiction and his expressed support to convicted criminal David Toska.

4) Denis Kaznacheev was born in 1983 in Tashtagol, in Siberia. Music was his greatest hobby since early childhood. His interest in hip-hop eventually evolved into an interest in electronic music; he was only 18 when he started his own idm project, Cast. At about the same time he joins the Moscow minimal techno community and starts experimenting in the genre. The performance was a striking success which exceeded all expectations, and presently the Guttersnipe project can be heard at any of the chief Moscow dance floors, as well as in other Russian cities. The joint project of Denis Kaznacheev and Chizh, a well-known Moscow DJ, was published by Sender Records, Germany, and received most favorable reviews from the critics.

Kicking Up the Dust