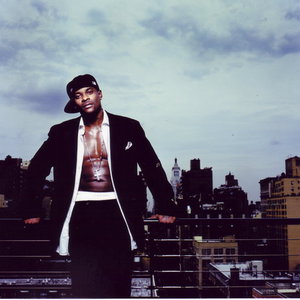 There are at least two artists known as Case. 1) an R&B performer from New York 2) a British Punk/Ska/Oi! band formed originally in the early 1980's, recently re-formed (Summer 2011). http://www.aintgonnadance.info/case/ 1) Case Woodard was born in New York City and was signed to Def Soul records. He first started working in the R&B industry as a backup singer, working with big name R&B artists like Usher.

1) an R&B performer from New York

1) Case Woodard was born in New York City and was signed to Def Soul records. He first started working in the R&B industry as a backup singer, working with big name R&B artists like Usher.

In 1996, Case released his self-titled debut album. The album featured "Touch Me Tease Me" with rapper Foxy Brown and R&B singer Mary J. Blige, the hit single from "The Nutty Professor". The single went gold, reaching #4 on the R&B charts and #14 on the Hot 100.

Case's second album, Personal Conversation, was released in 1999 and went gold. The album featured the hit single "Happily Ever After" which reached #3 on the R&B charts and #15 on the Hot 100. The album's other single, "Think Of You" failed to do well on the charts, managing to only reach #50 on the R&B charts.

Open Letter, Case's most well-known album was released in 2001. The album went gold, likely a result of the single "Missing You." "Missing You" is Case's only #1 single to date as it topped the R&B charts and reached #4 on the Hot 100.

After the success of ?Open Letter?, Case moved to Atlanta to be closer to his children, and has over the last several years proven to be a real survivor. To say his seven years ?away? from music have been interesting would be an understatement. In 2002 his true determination to survive was witnessed when Case accidentally shot himself in the throat. The bullet that went in through his throat and came out of the back of his neck was miraculously less than a centimeter away from paralyzing and killing him. To the shock of everyone around, Case was out of the hospital in four hours with just bandages around his neck.

With no damage done to his vocal chords Case continued to work on completing his fourth album, but due to professional differences Case asked to be released from Def Jam Records in 2004. He has since worked through the challenges of a changing music industry and partnered with manager Blue Williams to create and independent record label, Indigo Blue. Case is now poised to release his much anticipated album, The Rose Experience in Fall 2008.

The Rose Experience, which stays true to Case's signature sound --soul music with a twist of new jack and hip-hop--will not disappoint fans. Always drawing from his musical influencers like Stevie Wonder, the Beatles, Elton John and Earth Wind and Fire, new songs such as ?Lovely? and ?I Can't? will take the listener on a journey into love and relationships from Case's perspective.

Don't expect to just get great music from Case, this multi-talented artist has been working out his acting chops as well. Fans can look forward to seeing Case on the big screen in the near future.

Be prepared to get reacquainted and fall in love with Case all over again.