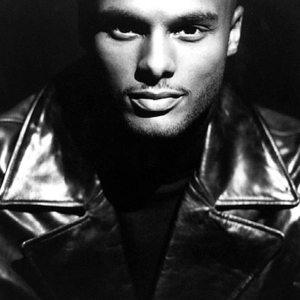 Kenny Lattimore (born April 10, 1970) is an American R&B singer. Among his most popular hits were "Never Too Busy" and "For You". Lattimore first developed his interest for music in the high school band program at Eleanor Roosevelt High School in Greenbelt, Maryland. He often acknowledges Dr. Baker for setting him on current path. Lattimore recently spoke at the 2005 Eleanor Roosevelt High School Graduation.

After a stint as a member of the R&B group Maniquin, Kenny regrouped and released his debut album Kenny Lattimore on Columbia Records in 1996. That set boasted a pair of Top 20 hits "Never Too Busy" and the perennial wedding favorite "For You". The huge success of the album earned Lattimore a win for Best New Artist at the NAACP Image Awards in 1996.[1]

He followed his debut up with another critically-acclaimed set of smouldering soul music when From The Soul Of Man was released in 1998, yielding the hits "Days Like This" and "If I Lose My Woman". After a short hiatus, the singer re-emerged with a new album and a new label. Arista Records would be the new home for Weekend whose title track was a radio favorite.

He married R&B singer Chant? Moore on January 1, 2002. In 2003, he and his wife recorded a duet album entitled Things That Lovers Do consisting of classic soul songs from the 70's and 80's plus two new original songs. The standout singles were the smooth & contemporary "Loveable (From Your Head To Your Toes)" and an upbeat funky cover of Ren? & Angela's "You Don't Have To Cry". The music video for the latter featured a very pregnant Chante Moore shortly before she gave birth to the couple's son Kenny Jr. on April 10, 2003. Lattimore & Moore continued promoting the album with a hugely successful touring stage show.

Following the success of Things That Lovers Do, Kenny released another album of duets with his wife. This time, the duo bested the previous effort with a double-CD of gospel and R&B love songs entitled Uncovered/Covered. The set will be lead off by dual singles, a slick Bryan Michael Cox production "Figure It Out", as well as "Make Me Like The Moon", a stirring gospel ballad co-written by Kenny and Chant?, and produced by Fred Hammond. Uncovered/Covered was released in stores October 10, 2006 on LaFace/Verity/Zomba Music Group and debuted at #10 on the Billboard R&B Charts and #2 on the Billboard Gospel charts its first week in stores.

Anatomy of a Love Song

From The Soul Of Man