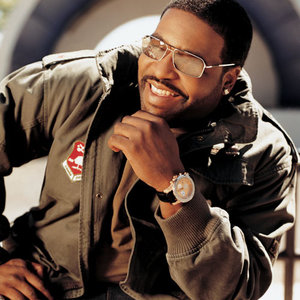 Gerald Levert (July 13 1966 - November 10 2006) was an rhythm and blues singer, one of several from the musical Levert family. His father, Eddie Levert, is the lead singer of the 1970s soul group The O'Jays. Gerald Levert sang with his brother, Sean Levert, and Marc Gordon in the R&B trio LeVert. He was also a member of LSG, an R&B trio also featuring Johnny Gill and Keith Sweat During the 1980s and early 1990s, Levert scored big hits with "Pop, Pop, Pop, Pop (Goes My Mind)", "Casanova", and "ABC-123" (not to be confused with the Jackson Five hit of the same name).

Gerald and Eddie collaborated together on many different occasions, and they recorded an album called Father and Son together.

Gerald Levert also sang the chorus on the Chris Rock spoken-word comedy piece, "No Sex (In The Champagne Room)".

In 2005, Levert's daughter Carlysia was featured on an episode of MTV's My Super Sweet Sixteen.

Levert passed away due to an apparent heart attack on November 10, 2006. Sister 2 Sister magazine reported that Gerald and his father had just returned from a 10-day trip to South Africa where they had met with Nelson Mandela and were treated like royalty. Upon Gerald's return, he was excited about his upcoming album, which is due early in 2007. Gerald died in his sleep.

The Best Of Gerald Levert

Do I Speak For The World