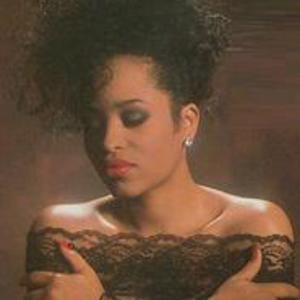 Miki Howard (born Alicia Michelle Howard on September 30, 1961 in Chicago, Illinois) is an African-American singer and actress who had a string of top ten hits in the late 1980s and early 1990s. The daughter of gospel singer Josephine Howard of the legendary group The Caravans,and Clay Graham of Pilgrim Jubilees, Howard was discovered by R & B group Side Effect at age 16. About 1985, Howard decided she was ready to begin a solo career. A demo in the right hands landed a recording contract at Atlantic Records.

Her first hit for Atlantic was the Billboard R&B top ten single "Come Share My Love". She followed that with a remake of Glenn Miller's 1940 tune "Imagination". Her success continued with two more top ten singles, "Baby Be Mine" and "That's What Love Is". The latter was a duet with hit-making R&B crooner Gerald Levert, and was the result of the creative union Howard formed with Levert. The pair later became romantically involved, and that romance spawned one of Howard's biggest hits, "Love Under New Management". The song was written during their brief love affair, but was released after their romance had dissolved.

In 1992 Howard portrayed Billie Holiday in Spike Lee's Malcolm X , followed by a featured role in John Singleton's Poetic Justice with pop icon Janet Jackson. Howard recorded two more albums during the 1990s "Miki Sings Billie" (1993) and "Can't Count Me Out" (1996) In 2001, the album "Three Wishes" was released on the Peak label. The album peake dat #60 on the Top R&B/Hip-Hop Albums chart and #25 on the Independent Albums chart. The song "Nobody" received radio airplay. The album received a Grammy nomination for "Best Traditional R&B Vocal Album" at the 2002 Grammy Awards. In 2006, Miki's album "Pillow Talk - Miki Sings the R&B Classics" was issued on the Shanachie label. The "Pillow Talk" album peaked at # 60 on the Top R&B/Hip-Hop Albums chart. Howard is currently working on regenerating her career after taking some time out to raise her children. She undertook a world tour with Roy Ayers and the Jazz Allstars. In June 2008, she released her ninth studio album, Private Collection. The album was released on her own her legally owned new independent label, Branicka Records. On November 1, 2010, "Unsung: Miki Howard" was televised on TV One. In February 2011. Miki Howard continues to tour and record.

The Very Best Of Miki Howard

Can't Count Me Out