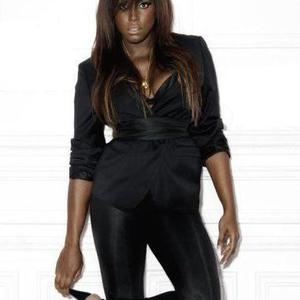 Mica Paris (born Michelle Wallen on 27 April 1969 in South London) is an English soul singer, radio and television presenter, and occasional actress and author. Her musical roots are in soul and gospel music. She grew up singing in her grandparents' church and by her mid-teens was making regular appearances with The Spirit of Watts gospel choir (with whom she featured on the 1985 EP Gospel Joy). Mica was soon noticed as a distinctive voice and at 17 got her first break as a backing vocalist with the UK chart band Hollywood Beyond, appearing on their album In (released in 1985).

Mica as a singer

The range, power, and sheer soulfulness of Mica's singing made a major impact on the UK scene and in the following year, 1988, she released her debut, platinum-selling album with 4th & Broadway when she was 17 years old. "My One Temptation" was the lead single. This led to a collaboration with American soul singer Will Downing on a cover version of a classic "Where Is the Love", made famous by Donny Hathaway and Roberta Flack in the early '70s.

The follow-up album, Contribution was released in 1991. This extended Mica's soul and gospel influences to bring in hip-hop and house music and It featured the track "If I Love U 2 Nite", written especially for Mica by Prince, which she recorded at his Paisley Park studios. With Omar Lye-Fook, a classically trained musician Paris recorded "I Should Have Known Better" in 1990. It was issued on the B-side to "I Never Felt Like This Before". Paris also recorded with Anita Baker, Bonnie Raitt and Natalie Cole on the album Nelson Mandela: An International Tribute for a Free South Africa (1990), and provided the title track to Isaac Julien's Young Soul Rebels movie soundtrack the following year. She worked with the saxophonist Courtney Pine ("Redemption Song" - 1992), the Stereo MCs ("Don't Let Up" - 1992) and Bobby Womack ("I Wish I'd Never Met You" - 1991).

Mica's third album, Whisper A Prayer (1993) marked another departure for Mica, fusing soul, jazz and blues with lush string arrangements. Garnering further top twenty singles ' Never Felt Like This Before and ' Wanna Hold On To You'. This followed by more collaboration work on album tracks with Guru on his Jazzmatazz II ("Looking Through Darkness" in 1995), Mark Morrison ("Tears For You" - 1996) and Maxwell ("Mantra" - 1996).

Paris released the album Black Angel on Chrysalis in 1998. It contained a cover version of U2's "One", and a duet with James Ingram. "Black Angel" produced two more top twenty singles 'Stay' and 'Carefree'. More collaborations followed with Omar ("Confection" - 1994), Max Beesley ("High Vibes" - 1994), Dubversive ("Police & Thieves" - 1998), the Mobo All Stars compilation album in 1998, Mister Exe ("One Million Smiles" - 1998), Prince ("Just My Imagination" - 2000) and Boy George ("I Could Be Someone" - 2000). A particularly memorable collaboration with Pink Floyd's David Gilmour and Jools Holland on Screamin' Jay Hawkins' classic track, '("I Put A Spell On You' followed in 2001. The trio had regrouped on numerous occasions to perform the hit.

A best of collection was released in 1999.

In 2003, following 3 sellout nights at London's The Jazz Cafe Mica released the Moby sampling 'Heart' with Seraphim Suite. Mica also joined Omar onstage for his gig at The Shepherds Bush Empire. She also contributed to the track 'I Don't Understand' on Milk & Sugar album Housmusic.de. 2004 saw Mica feature as a guest on 'The new Inspirational Choir' album 'Inspirations' along with Keisha White and Jocelyn Brown. This took Mica back to her Gospel roots.

Mica collaborated on the track 'Bodyswerve' by M-Gee in 2005. The track was incredibly successful in the club charts and can be found on many dance compilations released to this day.

In 2005, Paris released the album If You Could Love Me (Wounded Bird Records), which featured backing from the Brecker Brothers on the title track. Also in 2005, she released an album, Soul Classics, a collection of the most celebrated and loved soul tracks chosen by listeners of her BBC Radio 2 programme 'Soul Solutions' and then jetted off to Australia for a few months to do some live performances at the Basement in Sydney.[1] Mica can also be found duetting on the track 'Run' with Jimmy Barnes on his 2005 "Double Happiness" album.

Mica collaborated with Lemar on the track 'Can't you see' on his album 'The truth About Love' in 2006.

In February 2008 Mica released the duet 'Secret lovers' with Alexander O'Neal. This was followed by a residency at the Indigo 02 'Mica Paris & friends' in May and every last Sunday of each month.

2009 sees the release of Mica's new album 'Born Again', indicating a fully fledged return to her first passion: music. She has embarked on a nationwide tour meeting fans old and new and reminding her millions of TV fans what first put her in the public eye twenty- two years ago. This includes sell out dates at the Jazz Cafe in February 2009 to showcase her upcoming material. The album is released June 1st and has been produced by the legendary 'hit- maker', Brian Rawling. James Morrison (singer) wrote Mica's first single, 'Baby Come Back Now' - an up- tempo retro tune, penned especially for Mica's soaring vocals.

Mica as a radio and television presenter

Throughout 2000s Mica actively engaged her other talents, as a celebrated television presenter, an actress and author. Although she remained behind the microphone, in 2002 Paris moved to the presenter's chair, when she hosted the 'Soul Solutions' programme on BBC Radio 2 and narrated several music documentaries for the station. She also presented the 2002 Channel 4 television documentary The Gospel of Gospel which revealed the influence of the black American church tradition on pop music. Produced and directed by David Upshal, it featured contributions from Ray Charles, Isaac Hayes, B. B. King, Al Green, Chaka Khan, Alexander O'Neal, Edwin Hawkins, The Blind Boys of Alabama and Mary Mary. Furthermore, she broadcast a two-part show, 'Purple Reign: The Prince Story', on BBC Radio 2 which covered the entirety of the American artist's controversial career and featured interviews with George Clinton, Chaka Khan and Jimmy Jam.

In 2005 Mica appeared on week three of the ITV reality show, Hit Me, Baby, One More Time, which was won by Carol Decker. The same year she made an appearance in, and was the winner of, week one in the second series of Come Dine With Me. From 2007, she was a co-host for two seasons of the popular consumer style programme, What Not to Wear for BBC Television. Other television presenting has followed with Mica being and expert judge on Gok Wan's Miss Naked Beautyfor Channel 4 and ITV's CelebAir. Paris continues to appear on a variety of television programmes ? from Channel 5's news talk show, The Wright Stuff, ITV1's all-female panel talk show, Loose Women, and BBC One's Strictly Come Dancing.

Mica as an actress

In 1993, Mica turned to the stage, where she starred in two acclaimed West End shows, 'Mama I Want to Sing' and 'Sweet Lorraine'.

In October 2004, Paris took part in the UK tour of the stage play, The Vagina Monologues.

In 2007, she played the part of Amelia Walker, a (fictitious) American jazz singer, in a drama made for television, Marple: At Bertram's Hotel; during the drama the character gives a concert at the Royal Albert Hall, and also sings with Louis Armstrong's band in the hotel dining room whilst both were guests at the hotel, which was central to the plot.

Mica as an author

While presenting 'What Not To Wear', Mica encountered many woman who's stories touched her. She began to examine her own life and choices and was compelled to tell her story in a bid to inspire confidence and self- esteem to those woman and others that find life overwhelming at times. Thus her book "Beautiful Within: Finding Happiness and Confidence in Your Own Skin" was born. It was published by Simon & Shuster UK. ISBN-10: 1847370853, ISBN-13: 9781847370853 and was an instant hit. The paperback was released August 2008.