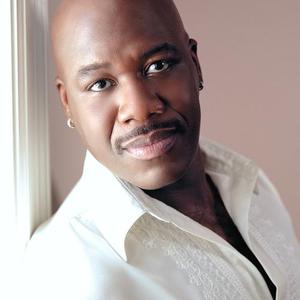 Brooklyn singer, Will Downing, was born in 1963 and appeared on the scenes in the early 1980s. Singing with Arthur Baker's group, Wally Jump Junior, Downing then used Baker as a producer when he was signed to Island Records. Before releasing his own album, Will Downing appeared on tracks with many other artists, including Daryl Payne, Marc Sadane, Warp 9 and Jennifer Holiday. In 1988, Downing finally made his solo debut, releasing the self-titled Will Downing.

Downing has released many albums throughout his career, always on the brink of stardom but never quite making it. In 1989 he released Come Together As One and in '91, Dream Fulfilled. The latter featured the single "I Try" which reached #13 on the R&B charts, Downing's best performance to date.

1993 saw Downing's fourth album release with Love's the Place to Be. In 1995, he released Moods and in 1997, Invitation Only. Continuing his steady stream of releases, 1998 saw Pleasures of the Night, 2000 offered All the Man You Need and in 2002, Sensual Journey.

With so many albums under his belt, Downing never slows down, releasing Emotions in 2003, Christmas, Love and You in 2004 and Soul Symphony in 2005.

While Will Downing has never been a massive celebrity in the United States, he has seen reasonable success in the United Kingdom.