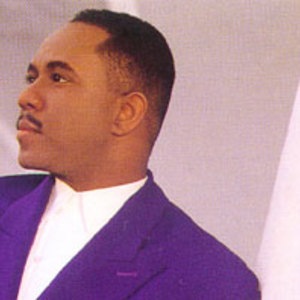 Freddie Jackson (born Frederick Anthony Jackson, 2 October 1956, in Harlem, New York) is an American soul singer. He was an important figure in R&B during the 1980s and early 1990s. Among his well-known hits are "Rock Me Tonight (For Old Time's Sake)," "Jam Tonight," "Do Me Again," and "You are My Lady." Jackson was trained as a gospel singer from an early age, singing at the White Rock Baptist Church.

Jackson was trained as a gospel singer from an early age, singing at the White Rock Baptist Church. There he met Paul Laurence, who would later become his record producer and songwriting partner. After completing school, Jackson joined Laurence's group LJE (Laurence-Jones Ensemble) and played the New York nightclub scene. During the early 1980s, Jackson moved to the West Coast and sang lead with the R&B band 'Mystic Merlin', but soon returned to New York to work with Laurence at the Hush Productions company. He sang on demo recordings of Laurence's compositions, and also served as a backing singer for Melba Moore after she saw his nightclub act.

In 1985, Jackson landed a recording contract with Capitol Records, and issued his debut album, Rock Me Tonight. The Laurence-penned title track stormed the R&B charts, spending six weeks at number one, and made Jackson an instant hit on urban contemporary radio. "You Are My Lady" gave him a second straight R&B chart-topper, and also proved to be his highest-charting single on the Billboard Hot 100, peaking at number 13. With "He'll Never Love You (Like I Do)" and "Love Is Just a Touch Away" also hitting the R&B Top Ten, Rock Me Tonight topped the R&B album chart and went platinum. Jackson issued the follow-up Just Like the First Time 1986, on the heels of a number one R&B duet with Melba Moore, "A Little Bit More" (from her album A Lot of Love). Another platinum seller, Just Like the First Time continued Jackson's dominance of the R&B singles charts; "Tasty Love," "Have You Ever Loved Somebody," and "Jam Tonight" all hit number one, while "I Don't Want to Lose Your Love" went to number two.

The pace of Jackson's success slowed with the 1988 release of Don't Let Love Slip Away, which nonetheless featured another R&B chart-topper in "Hey Lover", plus further hits in "Nice and Slow" and "Crazy (For Me)". The title track of 1990's Do Me Again duplicated that feat, and "Main Course" just missed, topping out at number two. Even so, Jackson's earlier placings in the lower reaches of the Hot 100 had long since disappeared, and some critics charged that his albums were growing too similar to one another. Perhaps it was a lack of distinctiveness in his material that hurt Jackson's chances for a pop breakthrough; whatever the case, 1992's Time for Love failed to duplicate the crossover success Luther Vandross was belatedly enjoying, despite a hit cover of the soul classic "Me and Mrs. Jones."

Seeking a new beginning, Jackson parted ways with Capitol in late 1993, and signed with RCA. His label debut, Here It Is, appeared the following year, with diminished commercial returns -- in part because his straightforward romantic ballad style was increasingly out of step with the sexually explicit, new breed of R&B crooner. Following a Christmas album, Jackson split with RCA and recorded Private Party for the much smaller Street Life imprint in 1995. Several years of silence ensued, until Orpheus issued Life After 30 in late 1999; the equally low-key release Live in Concert followed in 2000. After returning to the charts with It's Your Move in February 2004, Jackson released his tenth studio album, Transitions, in September 2006 under the record label Orpheus Music.