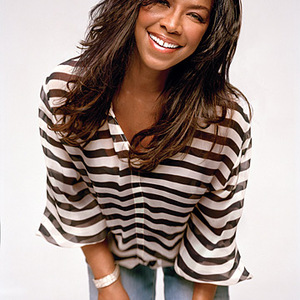 Born February 6, 1950, Natalie Cole is the daughter of celebrated crooner Nat King Cole, she was exposed to the greats of jazz, soul and blues at an early age and began performing at the age of 11. Her debut album in 1975, Inseparable, won her immediate praise, with the smash single This Will Be (An Everlasting Love) (#1 R&B, #6 Pop) winning her a Grammy for Best R&B Vocal Performance, Female, a category that had been monopolized by Aretha Franklin. She also was named the Grammys' Best New Artist of 1975. She attended the Northfield Mount Hermon School in Northfield, MA.

More hits followed through 1980, including her biggest pop hit, 1977's I've Got Love On My Mind, as well as Sophisticated Lady (She's A Different Lady) (1976), Our Love (1978), and Someone That I Used To Love (1980). "I've Got Love On My Mind" and "Our Love" both earned certifications as Gold singles. But then her career hit a snag in the early 1980s due to a severe drug problem. By 1985, Natalie was clean, sober, and in fine voice, and ready to begin her comeback in earnest with the album Dangerous, released on the Modern label.

In 1987, she released Everlasting (on EMI Manhattan) which sold over 2 million copies in the U.S., and won Cole a Soul Train Award for Female Single of the Year for the #1 R&B ballad I Live for Your Love. This album was the one that put Natalie Cole firmly back in the spotlight, yielding three major hit singles: Jump Start, "I Live For Your Love" (#2 AC and #13 Pop as well as #1 R&B), and a successful remake of Bruce Springsteen's Pink Cadillac (#5 Pop, #16 AC, and #1 Dance). The album also included a taste of things to come in her career with a remake of one of her father's signature hits, "When I Fall In Love," which did moderately well on the AC chart. In 1989, the aptly-titled Good To Be Back gave her another across-the-board smash with "Miss You Like Crazy" (#1 both R&B and AC, and #7 Pop).

However, it was her 1991 album, Unforgettable... with Love, featuring her own arrangements of her father's greatest hits, that gave her the most success. Ironically, when Natalie began her career, she was determined not to capitalize on her father's name and wanted to forge her own identity by going after the soul market in earnest. For many years, she also found the prospect of recording her late father's songs too painful on a personal level. But Unforgettable... With Love certainly paid off. The set sold over 5 million copies in the United States alone, and won Cole several Grammy Awards, including Album of the Year, Record of the Year, and Best Traditional Pop Vocal Performance. The album featured a duet, the title track, with her father, created by splicing a recording of his vocals into the track. As a single, it reached #14 on Billboard Magazine's Hot 100 chart, and went gold. The one sour spot in the album's success was that it strained Natalie's already-tumultuous relationship with her mother, Maria, who said in interviews at the time that she couldn't listen to the album or attend any of her daughter's concerts because she felt that the music really belonged to her late husband.

Natalie has released several more albums of pop standards in the years since; as a result of appealing to the "adult standards" audience, she has made only occasional forays onto the pop singles charts in that time (for example, "A Smile Like Yours," #8 AC and #84 Pop in 1997), although her albums still sell well. Her 1999 album Snowfall on the Sahara marked a return to the easy adult-contemporary soul that categorized her late-1980s hits, but for 2002's critically-praised Ask A Woman Who Knows, she turned more to the jazz side of the spectrum, covering songs made famous by Dinah Washington, Nina Simone, and Sarah Vaughan. Cole is currently working on another jazz recording set for release later this year.

In 2000, Cole released an autobiography, Angel on my Shoulder, which described her battle with drugs during much of her life. In the book, Cole admitted to using LSD, heroin and crack cocaine. Cole said she began experimenting with drugs while attending the University of Massachusetts at Amherst and was arrested in Toronto, Canada for possession of heroin in 1975. Cole continued to spiral out of control - including an incident in which her young son Robert nearly drowned in the family swimming pool while she and her first husband, the late Reverend Marvin Yancy were on a drug binge - until she entered rehab in 1983.

In concert with the release of the book, her autobiography was turned into a made-for-TV movie, The Natalie Cole Story, which aired December 10, 2000 on NBC.

Natalie has been married three times and has a son Robert Yancy (by Marvin Yancy), born in 1977. She later married former Rufus drummer Andre Fischer, who co-produced Unforgettable... With Love.

Our Love Is Here To Stay

We're The Best Of Friends