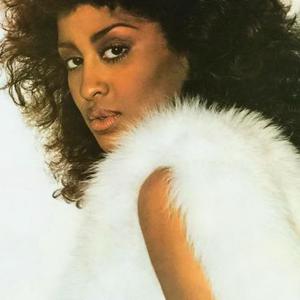 Phyllis Linda Hyman (July 6 1949 - June 30, 1995), was born in Philadelphia, and grew up in Pittsburgh. She is perhaps best remembered for her signature song, You Know How To Love Me (1979), which was the title track from her fourth album and which peaked at #6 on the disco chart that year. Hyman began singing professionally in 1971 as part of the group The New Direction. She was also a member of Miami groups All The People and The Hondo Beat before forming Phyllis Hyman & the P/H Factor in 1974 and touring for two years before relocating to New York.

Hyman began singing professionally in 1971 as part of the group The New Direction. She was also a member of Miami groups All The People and The Hondo Beat before forming Phyllis Hyman & the P/H Factor in 1974 and touring for two years before relocating to New York.

She became a featured vocalist on Norman Connors' album, You Are My Starship (1976) performing "Betcha by Golly Wow" and the duet "We Both Need Each Other" with Michael Henderson.

Hyman's first solo Top Ten hit came in 1981 with "Can't We Fall in Love Again", a duet with Michael Henderson. The song was recorded while she was performing in the Broadway musical Sophisticated Ladies (1981), a tribute to Duke Ellington. She performed in the role for almost two years, receiving a Theatre World Award for Best Newcomer and a Tony Awards nomination for Best Supporting Actress in a Musical. In 1992 she was voted 'Number One Best Female Vocalist' in the United Kingdom by Blues & Soul magazine readers. She has also been honored with a bronze plaque along the Philadelphia Walk of Fame, a tribute to the city's native and immigrant musical legends.

In addition to duets with Henderson, Hyman lent vocals to projects with Grover Washington Jr., Pharoah Sanders, McCoy Tyner, Joe Sample, Lonnie Liston Smith, Jon Lucien, The Fatback Band, Chuck Mangione, The Whispers and The Four Tops. Some of these collaborations appear on One on One (1998).

She can be heard in movie soundtracks: for Too Scared to Scream ("I'll Be There"); The Fish That Saved Pittsburgh ("Magic Mona"); and School Daze ("Be One"). The latter two titles are included on In Between the Heartaches (2004), a compilation that also contains guest appearances and previously unreleased material.

On the afternoon of June 30, 1995, Hyman committed suicide, leaving a note to her fans, family and friends that read in part: "I'm tired. I'm tired. Those of you that I love know who you are. May God bless you." She was buried on what would have been her 46th birthday. For her stage presence and fashion sense, Hyman was often known as "The Sophisticated Lady".
At the coda of a particularly pretty and memorable tune from McCoy Tyner's "Looking Out" called "In Search of My Heart", Phyllis soulfully sings "Remember me!"

Deliver The Love (The Anthology) CD2