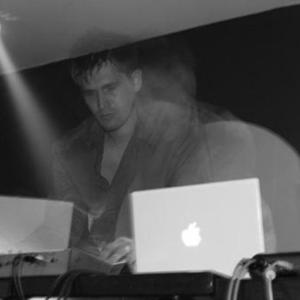 Odyssey is a name of at least fifteen acts: 1) A New York based U.S. billboard charts scored dance act. 2) A U.S. psychedelic rock group 3) A Swedish progressive metal band by the one and only Dan Swano. 4) A German eurodance project 5) A Greek project name used by Vangelis 6) A U.S. drum & bass producer 7) A later name of a band called ORACLE 8) A U.S. Motown album by a pop group from 1972 9) A Brent Smedley (Iced Earth's drummer) solo group 10) A Polish electronica/ambient project 11) A Brazilian hardcore band

1) They were first formed as a family band in 1968, as The Lopez Sisters, with Carmen Lopez, Lillian Lopez and Louise Lopez. Carmen dropped out, Tony Reynolds (a Manilla native) was recruited and the name was changed to Odyssey. After performances in New York clubs, they hit it big in 1977 with the soft disco cuts Native New Yorker and Easy Come, Easy Go. Their music had a subtle Caribbean feel and, while their U.S. hits soon dried up, they had continued success in the UK, before the group fell apart. Other hits included: Going Back To My Roots, Inside Out, Use It Up and Wear It Out and If You're Looking For A Way Out.

2) A defunct psychedelic rock band from New York, USA. Lion Records' Setting Forth album of 1969 is the only album release by Odyssey. Less than 100 copies were originally pressed and even if one wanted to buy a copy at the time it was nearly impossible to find as it came in a plain white sleeve. ... Consequently, the original 1969 album is one of the ten rarest US psychedelic albums. Louis Yovino on lead vocals and Vincent Kusy on keyboards with Dennis Pennaga (guitar), Ray Lesch (bass) and John Willems (drums) ... signed to Organic Productions, part of the Richmond Organization, the label were completely at a loss as how to produce and market a rock band. ... Having supported many major headlining acts in their time (at one memorable gig they supported Procol Harum and totally confused the audience by playing their own tripped out version of A Whiter Shade Of Pale which the headline act didn't include in their set) the band called it a day in late 1974 with several members reuniting in the more classically progressive band Cathedral.
The sound is rightly described in the album's sleeve notes (written by keyboardist Vinny Kusy) as "the quintessential dictionary definition of the New York brand of sixties psychedelia - strong harmonic vocals, heavy swirling organ and infused with inspired fuzz guitar". ... Tracks like Church Yard and the cover of Janis Ian's Society's Child are the equal of anything on the first Vanilla Fudge album.

4) A eurodance project from Germany created and produced by Martin Koppehele and Giorgio Koppehele. It featured the vocalist Lisa Cash.
Odyssey released several singles such as "Riding On A Train", "Talk to Me" or "Move Your Body".

6) A pseudonym of Simon Donohue, a drum & bass producer on Good Looking Records and 720 Records started producing music at the age of 14, using 4 track tape machines, guitars and drum machines. At the age of 18 he landed a job as a recording engineer at a commercial recording studio. From there he entered the world of electronic music. He soon joined forces with Andy Smith and formed the Sunrise Society which went on to produce a number of Detroit Techno style EP's on London's Pacific Records. In 96 Simon went solo and started producing Drum'n'Bass under the name of Odyssey. His first D&B track Expressions was released on 720 records/ Logical Progression 2. Expressions quickly gained anthem status. While working at the recording studio ... an African percussion band inspired Simon to learn to play congas and percussion. This in turn, led to the production of a track called Ritual. Ritual was a fusion of D&B and manic African percussion which crossed over into all areas of the D&B scene being played by Blame, Goldie, Doc Scott and the rest of the MetalHeadz crew. Simon also produced more jazz influenced downtempo tracks for Good Looking Record's sub labels such as Earth and Cooking Records.

7) A newer name of a band formerly known as ORACLE.

14) A defunct metal band from Johannesburg, South Africa, existed in the early 90's. They only recorded one album, titled Odyssey and released it in 1991 . They did begin recording material for a second album, there is a song floating about called Guilty. The band consisted of Brin Addison ( Lead Guitar & Vocals), Neil Ford (Bass), Lawrence Bailey (Drums) and Dean Smith (Rhythm Guitar). Odyssey disbanded shortly after the new recordings began due to politics in the band and with the label. Three of the members, Dean, Brin & Neil went on to form a band called 2 Dogs Funking.

15) An instrumental progressive metal band from Spokane, WA, formed in 2007. They are currently unsigned. There are 2 albums and a EP available at their bandcamp: http://odysseyspokane.bandcamp.com.