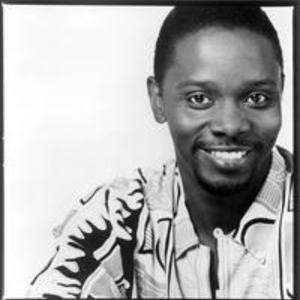 Philip Bailey (born May 8, 1951, Denver, Colorado) is an American R&B, soul, gospel and funk singer, best known as one of the longtime members of Earth, Wind & Fire. Together with Verdine White and Ralph Johnson he forms the heart of the current EWF line-up on stage. Before joining Earth, Wind & Fire in 1971, Bailey sung with different ensembles in the Denver and Chicago area. Bailey found fame by sharing the lead vocals on EWF songs with EWF-founder Maurice White.

Before joining Earth, Wind & Fire in 1971, Bailey sung with different ensembles in the Denver and Chicago area.

Bailey found fame by sharing the lead vocals on EWF songs with EWF-founder Maurice White. Their harmonic voices are legendary. Bailey is most famous for his falsetto and sung lead on such songs as "Devotion", "Head to the Sky", "Reasons", "Fantasy" and "I?ve Had Enough". Some of Bailey's earliest heroes included jazz giants like Miles Davis, John Coltrane and Max Roach. But he also developed a taste for the Motown sound, especially the music of Stevie Wonder, who was just beginning to make his mark in the early 1960s. He was also greatly influenced by female singers like Dionne Warwick.

Bailey has also recorded as a solo artist, as well as duets with Little Richard, Phil Collins and Eric Benet. His most notable song was a duet with Phil Collins, "Easy Lover" from his solo album Chinese Wall. Phil Collins, during a radio interview, was asked how "he discovered" Philip Bailey. Annoyed at the lack of knowledge of the interviewer he made up a story about how he had been filling his car with gas/petrol when he heard the attendant singing...and that turned out to be Philip Bailey. The interviewer believed the whole story, which was also picked up by other media outlets.

Love Will Find A Way