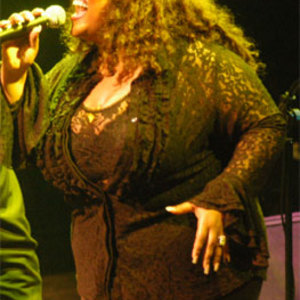 Her first band was a family funk/soul group called Unity, with Rosie on organ, her brother Carl on bass guitar, her cousin Lacy on guitar, sister-in-law Dianne on background vocals and her sister Mal on drums. Rosie also played in a band called The Oasis and A Touch of Class before joining The Curtis Ohlson Band (with Levi Seacer, Jr. on guitar). Levi called Rosie one day and asked her to come to Minneapolis to sing a demo of a song for The Pointer Sisters. With Prince

Rosie also played in a band called The Oasis and A Touch of Class before joining The Curtis Ohlson Band (with Levi Seacer, Jr. on guitar). Levi called Rosie one day and asked her to come to Minneapolis to sing a demo of a song for The Pointer Sisters.

With Prince
While she was doing the demo, Prince came in the studio, was taken aback at her abilities and asked her to join his band The New Power Generation. Prince often referred to Rosie as his "secret weapon".

Rosie was introduced in 1990 as the new vocalist and keyboard player on Prince's Nude tour. Her first appearance on a Prince album was on Graffiti Bridge. She was also a member of The NPG in the movie Graffiti Bridge. She performed and wrote on the Diamonds and Pearls album. On the title track, Rosie displayed her ability to sing in the whistle register, hitting an E6 note toward the end of the song. In 1992, after the Diamonds and Pearls tour, Rosie decided it was time for her to go solo again, although she continues to work on and off with Prince .

Solo career
Rosie started recording her debut solo album. Several albums worth of material were recorded, and the album was set for release on Paisley Park Records. Unfortunately, it was hopelessly entangled in the legal battle between Prince and Warner Brothers Records, and it was never released.

Rosie eventually released a debut album for Motown. It opens with "I Want You" and also contains "My Tender Heart" (composed by Rosie Gaines and Prince), which she performed on The Ryde Dyvine TV special in late 1992.

In 1995, Rosie released the album Closer Than Close. A single of the same name which had been left off the album, was released two years later. The song peaked at #4 in the UK and became a club favorite.

With her own record label, Dredlix Records, Rosie is striving to bring her music directly to music lovers via the Internet. In 1997 she released an internet-only album, Arrival. Limited to 2,000 copies, it was available exclusively through her official website.

In 2003 she released her critically acclaimed album You Gave Me Freedom through Dome Records in the UK.

Gaines released her latest album "Welcome To My World" for SUSU Records in November 2006.

Exploding All Over Europe (The Mixes) (EP)

Closer Than Close - The Mixes Vol. 2

Are You Ready - The Mixes

Closer Than Close - The Mixes Vol. 3

Dance With Me - The Mixes

I Surrender - The Mixes