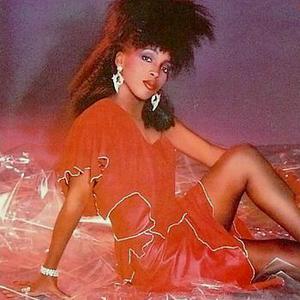 Meli'sa Morgan's solo career got off to a great start in 1985, as her cover of Prince's "Do Me Baby" topped the R&B chart. She was previously a part of the groups Shades of Love and High Fashion. She recorded for Capitol from 1985 to 1987, and enjoyed two more Top Ten R&B singles with "Do You Still Love Me?" and "If You Can Do It: I Can Too!" before moving to Arista. Her duet with Kashif, "Love Changes," earned her another R&B hit that year, reaching number two. Her 1990 album, "The Lady In Me" gave Morgan a Top 40 R&B chart hit with the New Jack Swing song "Can You Give Me What I Want.

Morgan moved to Pendulum in 1992; her last release was Still in Love With You. After a lengthy hiatus, Morgan returned with sixth album, "I Remember...", released in October 2005. It includes the Quiet Storm format R&B radio hits, "I Remember", "High Maintainance" and her rendition of "Back Together Again" , a duet with Freddie Jackson. Morgan continues to record and tour.

Do You Still Love Me: Best Of Meli'sa Morgan

Still In Love With You

The Lady In Me

Do Me Baby (Vinyl)