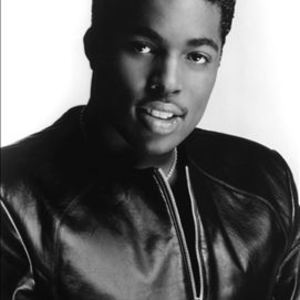 Chuckii Booker emerged in the late 1980s as a prominent urban contemporary R&B artist and producer. He began recording music after being signed by his late godfather Barry White to his production company in 1984. Later, he played keyboards with a band called Tease for three years. Booker, known throughout the industry as a keyboard player, is considered by his music peers to be a bass player. Chuckii signed a recording contract with Atlantic Records and issued his debut album Chuckii in 1989 in which he played all the instruments and sang all vocals.

The album fared well on the strength of hit singles "(Don't U Know) I Love U" and the #1 R&B single "Turned Away". The follow-up final album Niice 'N Wiild was released in 1992 and yielded another chart-topping R&B hit "Games". Chuckii also wrote, performed and produced the single "Crypt Jam" from the CD soundtrack Tales from the Crypt. Booker also made a cameo in the movie House Party 3 as a piano player in the hotel lobby scenes which starred Kid N' Play, Bernie Mac & Chris Tucker.
Chuckii has recorded & produced with several prominent recording artist throughout the years, including TROOP which yielded two #1 singles (All I Do Is Think of You & Spread My Wings) his godfather Barry White, Janet Jackson, CJ Anthony, Vanessa Williams,Kool & the Gang and many more. He was the musical director, producer and keyboardist for Janet Jackson's Rhythm Nation Tour as well as the opening act, He was music director and keyboardist for TLC & their CrazySexyCool tour as well as New Edition (Coming Home tour). In 1999, Chuckii served as musical director and keyboardist for R&B platinum artist Faith Evans on her "Keep The Faith" U.S. tour. Chuckii was also involved with one of the biggest R&B tours of 2008 as musical director with Mary J Blige on her "Heart Of The City" tour alongside Jay Z as co-headliner. Chuckii also served as musical director for acts such as Tevin Campbell, Brownstone and recently, Keyshia Cole. In recent production, Booker is one of the producers for Lionel Richie's album "Coming Home" released in 2007 as well as producer and arranger for Lionel Richie's Collection of Holiday Classics album for NBC's "Sounds of the Season" (2007) series of CDs for Christmas. He was also the pianist for Tina Turner for her "Wildest Dreams" tour in 1997 replacing Kenny Moore who succumbed to a heart attack during the tour.
Chuckii has carved a sizeable niche for himself as a record producer for artists such as Lalah Hathaway, Troop, En Vogue, Angela Winbush, Diana Ross, Anastacia, Commissioned, Lionel Richie, and Bette Midler.
Booker also attended the Pasadena Art Center College of Design on a scholarship program specializing in Graphic Arts. He is also known to have one of the most extensive comic book collections ranging from popular Marvel and D.C. comics to obscure paperback novels.
He was also co-owner of Aire L.A. Studios in Glendale CA. which is one of L.A.'s premiere private recording and mixing studios.
Chuckii comes from a vast musical background family which includes his uncle, a jazz flautist, his grandmother, who is a gospel pianist, as well as his mother, who has played and recorded with such Gospel artists as James Cleveland and Norman Hutchins. He is currently working with R&B writer/artist Steve Russell from the group TROOP
To date, Chuckii is one of the most sought after musical directors in the R&B and Pop field.