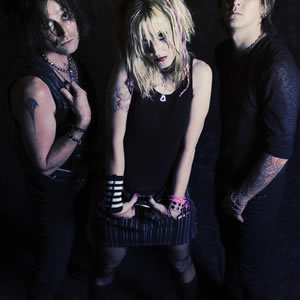 Bubble - Karen Bagdasarov and Guy Sarnat are two musicians from the Israeli jazz, trance and electro scene, who met in the SNS-records studio in 2004. Guy got into trance at age of 15. He started producing music in his home studio and graduated the Music School in Tel Aviv. Karen started his musical career at the age of 5 starting out by learning to play the saxophone, later he graduated the Academy of Music and Dance in Jerusalem, where he became a professional musician. At the age of 21 he discovered his passion for all kind of music but especially electronic music.

One Year after Guy and Karen met, in 2005, they already released their debut album "Airless", which received great feedbacks all over the globe,
pushing them to release another album "Sound of SIlence" in 2006. After this exciting 2 years they decided to build a bigger studio, it took them 1,5 years and alot of Muse. In 2008/2009 they started to work on their third album "Coldsun", and realesed it in 2011. Karen moved to Germany and is still performing and producing for Bubble while Guy moved to USA, focusing on his private life.
In 2012 Karen finished two EPs "Keep moving forward EP" & "Drive EP" and he is currently working on the upcoming 4th album.
It is going to be a very unique double CD, which will develop the known Bubble styles !
Stay tuned and subscribe in facebook or youtube for any news about concerts and upcoming releases ...
you can contact me if you have something to say, its important for me to stay in close contact with people who connect to Bubble music, so we can all make the Bubble happen together....