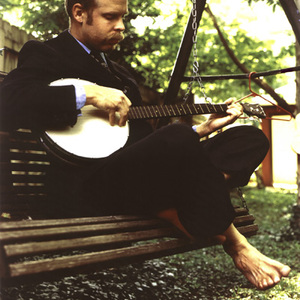 Will Oldham (born 24 December 1970, Louisville, Kentucky) is an American singer-songwriter, actor, and musician. His music is often (perhaps inappropriately) placed under the genre of ?alt-country?. Oldham has recorded under many names, including Palace, Palace Music, Palace Brothers, and Bonnie Billy. He often plays and records with other musicians, including David Pajo and his brothers Ned and Paul Oldham, but is generally the chief creator of the music.

He has also been involved in musical projects and bands such as Amalgamated Sons of Rest, The Anomoanon, The Boxhead Ensemble, Tortoise, and The Sundowners as well as releasing his first solo album in 1993. Oldham has said that the Bonnie ?Prince' Billy moniker has many references. These include ?Bonnie' Prince Charlie, an 18th century Jacobite; Billy the Kid, the 19th century American outlaw also known as William Bonney; and the American singer Nat King Cole. He has also appeared in several films, such as the 1987 film Matewan and most recently in Old Joy (released in late 2006). He is also the photographer of the cover image of the Slint album Spiderland.

I Made A Place

When We Are Inhuman

Singer's Grave A Sea Of Tongues

What The Brothers Sang (With Dawn Mccarthy)