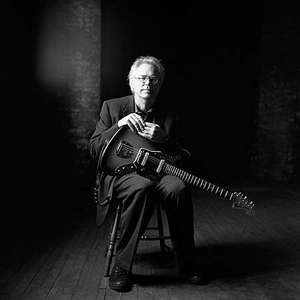 Bill Frisell was born in Baltimore, but was raised in Denver, CO. Once a classical clarinetist, he established a firm base in his traditional harmonic knowledge early on in life. Throughout high school and college he also played guitar in various rock and R&B groups in the Denver area. During high school, however, he became profoundly interested in jazz guitar. In 1971 Frisell attended Berklee College of Music in Boston, MA, and also began studying with Jim Hall, one of the prominent jazz guitarists of the 1960s.

At Berklee, he was able to develop his ideas with similar players like Pat Metheny, who was a classmate. After a while he began to fuse his be-bop knowledge with his other musical tastes, and his childhood in the midwest added a certain western "twang" to his sound. By the 90s, Frisell had become one of the most prominent figures in jazz, releasing many highly-acclaimed records with various jazz legends such as Elvin Jones, Dave Holland, Paul Motian, Don Alias. He has also played with such rock artists as Ginger Baker, Marianne Faithful, Elvis Costello, Michael Shrieve, and played guitar for Norah Jones on at least one of her albums. He now lives in Seattle, WA.

When You Wish Upon A Star

Guitar In The Space Age!

All We Are Saying...