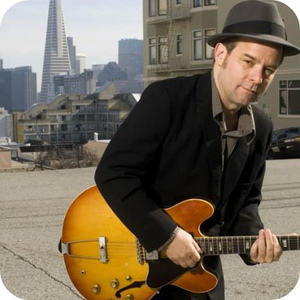 A long time Bay Area musician, guitarist/composer Will Bernard first began playing and recording on an international level through his membership in Peter Apfelbaum's Heiroglyphics Ensemble. Since then he has been involved with a host of boundary stretching groups such as, the notable project, T.J. Kirk (with Charlie Hunter) whose 2nd record was nominated for a Grammy in 1997. He has also toured and recorded with the Stanton Moore Trio

2007 brings the release of Party Hats, Will's debut release with Palmetto Records in which the Will Bernard Band is currently touring in support of. Party Hats features Will Bernard's compositions and performances by musicians who've been frequent collaborators over the years, notably, Peter Apfelbaum, Dave Ellis and Josh Jones along with Wil Blades, Keith McArthur, and Michael Bluestein.

Directions To My House