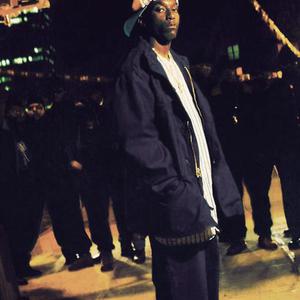 Lamont Coleman (May 30, 1974 in Harlem, New York ? February 15, 1999), also known by his stage name Big L, was an American rapper who made significant contributions to the New York City music scene in the 1990s as a member of the hip hop collective D.I.T.C. In February 1999, Big L was shot and killed before releasing his second album. Members of the hip hop community consider him to be one of the most skilled MC's of all-time.

Big L's debut solo album, Lifestylez Ov Da Poor & Dangerous, was released in March 1995. The album featured guest appearances from a number of artists, notably Kid Capri, Lord Finesse, and at the time, an unknown Cam'ron, and Jay-Z. Two singles, "M.V.P" and "Put It On", were released from the album, both of which reached the top twenty-five of Billboard's Hot Rap Tracks. The album itself also reached the Billboard 200. From 1997 to 1999, Big L worked on his second album The Big Picture. The album featured cameos from Fat Joe, Kool G Rap, Tupac Shakur, and Big Daddy Kane among others. Jay-Z has said that Big L was set to sign with his Roc-A-Fella label, but died the week before. The Big Picture would be his last recorded album, released posthumously in August 2000. It was put together by his manager and partner in Flamboyant Entertainment, Rich King. It contains songs that L had recorded and a cappella recordings that were never used, completed by producers and guest MCs that Big L respected or had worked with previously. The album was certified gold a month later.

Lamont was killed in the doorway of 45 West 139th Street in Harlem on February 15, 1999, after being shot 23 times in the eye and chest. Gerard Woodley, one of Big L's childhood friends, was arrested in May 1999 for the crime. At the time of his death, L had two brothers in prison. "It's a good possibility it was retaliation for something [Big L's] brother did, or [Woodley] believed he had done," said a spokesperson for the NYPD. Woodley was later released and the murder case remains unsolved.

Big L's brother was later shot and stopped breathing in the same neighborhood while searching for clues relating to his brother's murder.

Gang Starr has made a tribute to Big L on their Sirius/XM satellite radio show and a song entitled "Full Clip".

Return of the Devil's Son