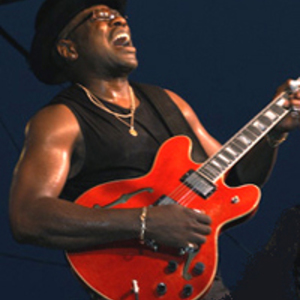 William "Big Bill" Morganfield (born 1956) is an American blues singer and guitarist, son of blues legend Muddy Waters, whose real name was McKinley Morganfield. He was born in Chicago, raised in Southern Florida and now lives in Atlanta. He came to music later in life, having first worked as a teacher after earning bachelors degrees in English from Tuskegee University and Communications from Auburn University. Signed to Blind Pig Records, he began releasing albums in 1999.

In 2000, he won the W.C. Handy Award for Best New Blues Artist. In concert he performs his own material with an occasional number from his father's work.

Bloodstains On The Wall

Blues With A Mood

Blues In The Blood