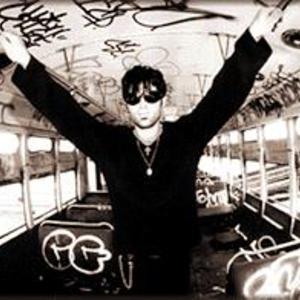 Songwriter Christopher Watkins developed an intense passion for the Delta blues at the early age of 16. Seven years later, as "Preacher Boy", he put together an electric band that would maintain the traditional feel of acoustic blues while transplanting it into clubs for young audiences who may have never even heard of Robert Johnson or Charley Patton. Preacher Boy and the Natural Blues were an instant hit on the alternative rock circuit, their skewed roots sound capturing the imagination of everyone within earshot.

Combining bold, hard vocals with instrumentation that ranged from a kitchen stove to a clarinet, Preacher Boy drew on his personal experiences to sketch wry lyrical pictures which bear truth for anyone who has wrestled with death, loneliness, love or salvation.

Born in Iowa City, Iowa in 1968, "Preach," as he is known to his friends, lived in Michigan, Kansas, Italy, Washington and now resides in San Francisco. His grandfather, a musician, professor, and sculptor, bought him his first guitar at age thirteen. The first thing he did was teach the boy an open tuning, which is now the hallmark of his bottle-neck playing.

When he was 16, Chris stumbled upon Samuel Charter's book entitled The Country Blues, which his mom had brought him from the library, knowing his current fascination with a Howlin' Wolf record that he had found in the family record collection. Although he had never heard of any of the names in the book, their stories and personalities completely swept him away. He immediately ran to the record store and purchased a compilation album from the Newport Folk Festival, and thus began a lifetime of respect, love and devotion for the music of players like John Hurt, Son House, Fred McDowell, Bukka White, Mance Lipscomb and many others.

In California, Chris played guitar in local bands for a number of years, before forming Preacher Boy and the Natural Blues in 1992. Besides their immediate success with the Generation X club crowds, the band was soon sharing the stage with acts like Counting Crows, Cracker, Chris Isaak, Los Lobos, the Texas Tornadoes, Jimmy Vaughan, J.J. Cale, Zachary Richard, and Buckwheat Zydeco.

Although the intensity created by Preacher Boy during his live performances was a challenge to capture on disc, the 1995 release of the band's self-titled debut album, Preacher Boy and the Natural Blues, was an overwhelming critical success, provoking a flood of praise from press and radio stations nationwide. CD Review said, "Preacher Boy delivers an eclectic batch of original tunes on this impressive debut. Watkins sings with the backwoods growl of a raspy-throated vet." Referring to Preach's appeal to both blues lovers and young rockers, the San Francisco Bay Guardian commented, "With his original songs, righteous conviction, and fierce energy, Preacher Boy could be the Paul Butterfield or Charlie Musselwhite for the Lollapalooza nation." From England, the British Blues Connection added, "Preacher Boy has conjured up a bag of tricks that not only pays homage to the traditional form of music that we call blues but also extends our appreciation of it. To do this on a debut release is totally mind-blowing."

Blues Access picked up on the wacky energy of the album, "Imagine Spike Jones siring a son that sings like Tom Waits and loved Delta blues, ragtime, and jug band music, and you come up with this inspired insanity...If your slumber party is kind of pooped, pop on this one. These fellows will have you moving like a grade school when the Ritalin runs out - guaranteed."

Another highlight came in the form of a standing ovation and an unprecedented encore following a Preacher Boy and the Natural Blues performance at the 1995 San Francisco Blues Festival, leading the San Francisco Examiner to declare that, "Those who arrived late may have missed what could well have been the top act on the entire bill next to John Lee Hooker himself. The strength of the band, other than their sheer musical excellence, is their extremely original approach to the blues, which they can accomplish while at the same time manintaining blues traditions."

While easily acclimated to the blues groove, Preacher Boy's work is largely marked by his passion for unique, somewhat twisted, musical amalgamations. His latest album, entitled Gutters And Pews, as inspired and provocative as his first, fuses strains of folk blues, rock and roll, funk, Dixieland, and gospel, which weave through dusty soundscapes littered with hobos, ghosts, drunks, and buckshot. The result is a totally unique twist on "roots" music, a pure, sweat-inducing journey that will substantially increase your appreciation of American roots music. Preacher Boy is an original, a crafty songwriter of atmospheric tunes that grab listeners with their grooves and urgency. His music is some of the most audacious and innovative roots music to be heard anywhere.

Demanding To Be Next