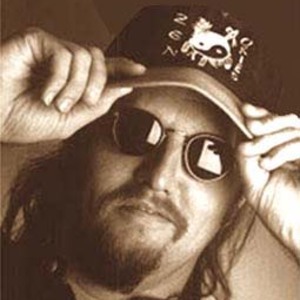 Jimmy LaFave was born on July 12, 1955 in Wills Point, Texas, a small town 30 miles east of Dallas. He began school down the road in Mesquite and by Junior High was making music perched behind his Sears & Roebuck drum kit. It was in this landscape that he began to define his sound and soak up a combination of his experiences among authentic songwriters from the tradition of Woody Guthrie. Before leaving Oklahoma for Austin, Jimmy did some independent recording and toured the southwest with the first version of his band Night Tribe.

It was in this landscape that he began to define his sound and soak up a combination of his experiences among authentic songwriters from the tradition of Woody Guthrie. Before leaving Oklahoma for Austin, Jimmy did some independent recording and toured the southwest with the first version of his band Night Tribe.

He moved to Austin in 1986, where he continued to write songs and to develop his musical ideas. Shortly after arriving he was asked to help launch the songwriter nights at the new performance venue Chicago House. In 1988 he recorded his self?produced tape, Highway Angels...Full Moon Rain, which won the Austin Chronicle Reader's Poll Tape of the Year Award. This led to a recording contract with a small independent label and allowed LaFave the opportunity to work with Bob Johnston, producer of several of LaFave's favorite albums including Bob Dylan's Blonde on Blonde and Nashville Skyline.
His second album, Highway Trance was released in 1994 followed by his third CD, Buffalo Return to the Plains, in 1995.

The grass roots demand and critical acclaim for Jimmy's music, which led to extensive touring in the United States and Europe, was recognized in 1996 when he was asked to tape a performance for the PBS musical series Austin City Limits, and was invited by Nora Guthrie to appear in Cleveland at the Rock and Roll Hall of Fame tribute to Woody Guthrie. That same year LaFave won his second consecutive Austin Music Award for Best Singer?Songwriter. His fourth CD, Road Novel, which was released in early 1997, received many glowing reviews. That year he was asked by Nora Guthrie to speak and perform at the induction of Woody Guthrie into the Oklahoma Hall of Fame.

In 2001, Jimmy released Texoma, a celebration of the Americana spirit with a heartfelt valentine to the heartland. KGSR Program Director, Jody Denberg called it a ?phenomenon.? Denberg said, ?the phones lit up immediately after it was added to the playlist, and they stayed lit.? Since the release of Texoma, Jimmy combined his solo dates with the Woody Guthrie tribute tour titled ?The Ribbon of Highway ? Endless Skyway,? featuring a rotating cast of Americana musicians that has included such notables as Eliza Gilkyson, Sarah Lee Guthrie & Johnny Irion, Tom Russell and Slaid Cleaves. The two?disc live album Ribbon of Highway Endless Skyway is a collection of the tour's live performances that features some of Jimmy's interpretations of Woody Guthrie classics. Encouraged by his friend, fellow Austin artist Eliza Gilkyson, Jimmy LaFave signed with indie label Red House records, and in 2005 released Blue Nightfall. This stunningly soulful album was LaFave's first in 4 years and won him much critical attention. LaFave's new album Cimarron Manifesto finds Jimmy taking a more country road, with sweet and mournful songs about life and loss and special guest appearances by Carrie Rodriguez, Ruthie Foster and Kacy Crowley. Following the release of this new record, Jimmy will hit the road himself, touring across North America.

Depending On The Distance