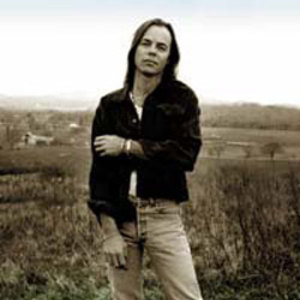 Kevin Welch grew up in Oklahoma. He already toured as a teenager with several bands, before he moved to Nashville in 1978 to work as a songwriter. Singers like Ricky Skaggs, Steve Earle and Don Williams were using his material. At the same time he was very active in local clubs with his band - The Overtones. His popularity grew and in 1988 he signed a record contract with Warner Brothers. In 1990 the album Kevin Welch was recorded and 2 years later Western Beat. Both albums received rave reviews, but did not sell very well. Warner Brothers discharged Welch from the contract.

In 1990 the album Kevin Welch was recorded and 2 years later Western Beat. Both albums received rave reviews, but did not sell very well. Warner Brothers discharged Welch from the contract.

In 1994 he founded with his partner Kieran Kane and Tammy Rogers, Mike Henderson and Harry Stinson the record label Dead Reckoning Records. The following year Life Down Here on Earth was published and in 1999 Beneath My Wheels. The majority of songs are Welch's originals. In 2002 the album Millionaire was recorded with several Danish musicians.

In Europe he is known mainly for his hit "Something About You" (contained in Western Beat) which was used as background music in Tuborg's commercials.

In 2004 Welch teamed up with fellow Dead Reckoning artists Kieran Kane and Fats Kaplin to produce You Can't Save Everybody. The trio followed this up with Lost John Dean in 2006, to general acclaim. Lost John Dean reached number one on the Americana charts, and resulted in nominations for several awards including Duo/Group of the year at the 2006 Americana Honors and Awards.

Throughout the 2000s, Welch has teamed up with Australian band The Flood. They have recorded albums and DVDs together, as well as performing. Like much of Welch's work, this has been met with rave reviews, but minimal sales.

A Patch Of Blue Sky

You Can't Save Everybody

Millionaire (With The Danes)

Life Down Here On Earth