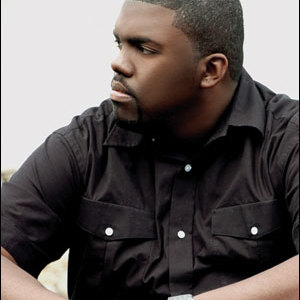 Growing up in Cincinnati, Ohio, William began playing piano at age five. By age 13 he was playing drums for his church. At age 16 he was playing organ for the church, and at age 18 began leading worship at the church. Since then, William has ministered with some of the most respected and well- known pastors, speakers and worship leaders in the world. In 2001 after relocating to Orlando, Florida, William was hired as the Music Director and keyboardist for Ron Kenoly.

In 2001 after relocating to Orlando, Florida, William was hired as the Music Director and keyboardist for Ron Kenoly. It was during his time with Dr. Kenoly that William had the opportunity to travel all over the world and experience the presence of God in multiple cultures and expressions. This experience impacted his ministry tremendously. William has an ability to connect with people of multiple cultures and reach multiple generations in the same setting so that everyone can experience the presence of God together.

In 2003 utilizing his educational background (B.S. in Entertainment Business) and fulfilling a God given desire, "The Delivery Room" recording studio was established. William recorded his first solo effort, "The Reason I Live" out of the studio, along with hosting numerous other sessions. In 2005 "The Delivery Room" expanded into a brand new 2300 sq ft space and has hosted several artists and producers such as Martha Munizzi, Group One Crew, KJ-52, Tito Nieves, Loris Holland, Aaron Pearce, and EA Sports.

In 2006, William accepted the position of worship leader at The Gathering Place in Lake Mary, FL., serving alongside Pastor Sam Hinn. In 2007 William was ordained as a pastor at The Gathering Place and while serving this multicultural body has hosted recording artist and worship leaders such as Hillsong United, Martha Munizzi (also a member of the church), Jeff Deyo, Israel Houghton, Aaron Lindsey, Ricardo Sanchez and others.

In addition to music, William is a teacher who ministers the Word in churches and conferences, and is fully committed to establishing an organization that deals with some of the global goliath's facing our world today such as hunger, clean drinking water, and domestic H.S. graduation.The Williams Brothers

The Cry: A Live Worship Experience

As We Worship Live CD2

As We Worship Live CD1