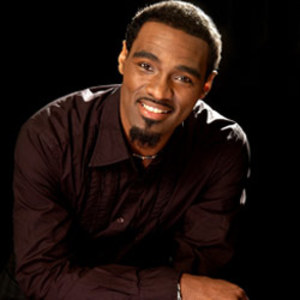 Earnest Pugh has experienced success he only dreamed of just a few short years ago. With the release of the project, Rain On Us, and its title tune, Earnest Pugh was heard on Gospel radio stations nationwide and was catapulted to super stardom in the Gospel music industry. His smash hit single ?Rain On Us? escalated to the #1 position on Billboard's Top Gospel Singles Radio Chart and became the sixth most popular song of 2010.

The second single, ?The Great I Am?, helped the CD, which featured Gospel icons Vanessa Bell Armstrong and Richard Smallwood, to peak at #2 on the Billboard Top Gospel Albums Chart. Now after the whirlwind of exposure, this En Sound Male Vocalist of the Year and Independent Music Award Winner for Gospel Album of the Year is getting ready to do it all over again with the upcoming Black Smoke Worldwide Music release of Earnestly Yours.

Known as one of Gospel music's premiere worshipers, Earnest Pugh is thrilled about the new project and believes this CD has taken him to the next level. ?In the previous project, I was asking God to Rain On Us, but now I am asking to see God's glory,? explains Pugh. ?When I asked the Lord to see His glory and to reveal His power to me, He said that I had to be honest and ?earnest' with him about all of my shortcomings and my failures. It started a process of purification with me before God. I had to have my heart pure before I could truly see God for what He is,? says the artist.

From that process not only came the title of the CD, Earnestly Yours, but also the lead single, ?I Need Your Glory?. A soaring, gorgeous ballad, ?I Need Your Glory? is tailor-made for the recording artist. With splendid orchestration and moving lyrics, it's the type of song that only Earnest Pugh could pull off. While his impressive five-octave range captivates the ear, it's the anointing that really takes hold of the heart.

The Michael Bereal-produced project contains one jewel after another including the stunner, ?Wait?All The Day?, the liberating ?Free To Worship?, the gratitude-laden ?Thank You? and a remake of the Gospel favorite, ?Perfect Peace?. Throughout the twelve tracks, Earnest gives us worship and praise, traditional and contemporary. For Earnestly Yours, his second joint venture with Black Smoke Worldwide Music, he tapped two notable guest vocalists, Lisa Knowles of The Brown Sisters who shares the mic with Pugh on the urban-tinged ?He Already Knows? and popular Gospel singer Beverly Crawford, who makes a riveting guest appearance on the uplifting, ?For My Good?.

The project is a culmination of a lot of hard work and represents dreams realized. Although seemingly coming out of nowhere, Earnest Pugh's love story with music starts in the South. Music has always been a part of this Memphis native's life. He started singing as a youngster and by his teens, he was in great demand, ultimately sought after by the groundbreaking gospel pioneer, O'landa Draper. At Draper's request, Pugh joined O'landa Draper and Associates. His tenure with the group was short-lived, deciding to join the United Army instead where he continued to use his musical gifts to edify the body, soul and spirit.

Following his departure from military service, Pugh continued to pursue his love for music. His pursuit opened doors for major appearances on networks such as the Word Network, Trinity Broadcasting Network (TBN) and Black Entertainment Television (BET), including one of BET's top-rated shows, Bobby Jones Gospel and the Celebration of Gospel hosted by comedian Steve Harvey.

Since that time, he's released two dynamic and critically-acclaimed projects, A Worshipper's Perspective and Rain On Us. He's been blessed to perform on countless stages, including in front of the 44th President of the United States, Barack Obama, First Lady Michelle Obama, Malia and Sasha. The graduate of Howard University's School of Divinity wants believers to draw closer to God through his ministry. He says, ?My prayer is that through this new CD that people truly see and understand the Glory of God. I know that God wants to reveal Himself to His people.?

Earnest Pugh Live: Rain On US