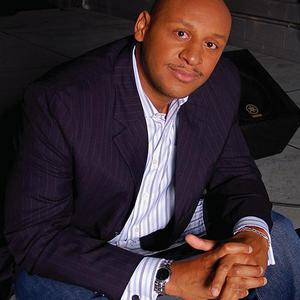 Influenced by a wide range of vocalists from Donny Hathaway to Fred Hammond to John Mayer, singer and songwriter Brian Courtney Wilson has an up-to-date 21st century approach to modern gospel that might be termed "urban inspirational." Wilson, a University of Illinois graduate, began singing formally in the university's black chorus, then continued singing on his own time while working as a pharmaceutical salesman for seven years.

Then, in a leap of faith, he walked away from his job and became the music director at St. John's Downtown Church in Houston, where he was mentored by and became friends with Rudy Rasmus. Through Rasmus he met label owner and music mogul Mathew Knowles, who signed Wilson to his Spirit Rising / Music World imprint. Recorded in Jackson, MS and produced by Stan Jones, Wilson's inspirationally themed debut album, Just Love, appeared in 2009. ~ Steve Leggett, All Music Guide