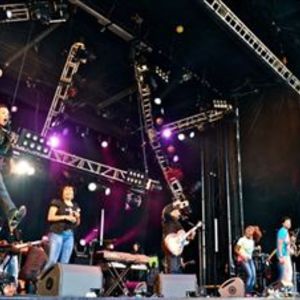 Israel Houghton is a Christian worship leader mostly known for his cross-cultural style of worship music that fuses elements from Gospel music, Jazz and Rock. Houghton is usually credited as Israel & New Breed. His project Alive in South Africa, recorded live in Cape Town, received a Grammy Award for "Best Traditional Gospel Album" in 2007 and a song from the album, "Not Forgotten", recieved a Dove Award for "Contemporory Gospel Recorded Song" in 2006. Both his album Live from Another Level and rendition of "Again I Say Rejoice" received a Dove in 2005.

He has served as worship leader for the Lakewood Church in Houston, Texas. and Champions for Christ events, as well as the Hillsong Conference 2006. He is currently signed to Integrity Music. and he is also a great singer

Jesus At The Center (Live)