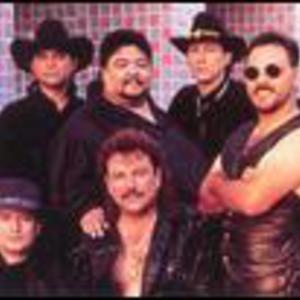 The group's name was taken from a spelling variation of the Spanish word mas (meaning "more") and spelled similar to that of late 70s band Kiss. Original band leaders Joe Lopez and Jimmy Gonzalez formed Mazz in Brownsville, Texas after already being a part of the former band The Bel-Airs. The group was discovered by Texas music promoter Luis Silva and was originally signed under the Cara Records label.

In 1978 they released a self-titled album and began promoting the single Comprendo Mi Amor (Understand My Love). They then followed with their second album release Mas Mazz later that same year.

The band started on shaky ground as they received most response from California for their music rather than in their home state of Texas. Because of this the band began focusing on their now trademark sound of incorporating synthesizer sounds with various Latin music styles popular in the south Texas region such as rancheras, cumbias and ballads. Their first hit Laura Ya No Vive Aqu? (Laura Doesn't Live Here Anymore) managed to capture their desired audience as planned. Soon after, their scheduled concert appearances drew more audience numbers and record sales improved. Releasing their first live album in the 1980s, Command Performance, large numbers of screaming fans can be heard in the background showing how much the signature Mazz sound had caught on to audiences. Their record sales soon began to rival that of fellow Tejano group La Mafia, a feat almost unheard of at the time.

Many music awards followed, not only for their high record sales, but also for their contributions to the start of the Tejano music boom. Both Sony Records and EMI Latin later took interest in the band and signed the group to their individual labels. Mazz's albums No te Olvidare (which received a Grammy nomination), Para Nuestra Gente, Una Noche Juntos, and Mazz Romanticos Que Nunca have all gone platinum. Mazz then became members of Freddie Records, owned by established Tejano singer Freddie Martinez, which helps promote new and already established Tejano music talent such as Ram?n Ayala, Elida Reyna, and Michael Salgado.

In 2006, Joe Lopez was convicted of raping a 13-year old female relative and was sentenced to 20 years in prison. Lopez maintained his innocence and turned down a plea bargain. Lopez lost an appeal in 2009. Many of Lopez's family members and fans believe he's innocent and started a Free Joe Lopez website. Lopez and his wife are writing a book on the case too. Lopez could be paroled in 2016. He still gets requests for songs and has become a devout Christian.