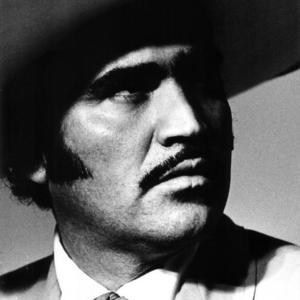 In his native Mexico, Vicente Fern?ndez is hailed as the "king of the rancheros." He was born and raised in Huentit?n del Alto, Jalisco, Mexico to a poor family and had to work since his childhood to maintain himself. Vicente got his start when he won a Guadalajara singing contest. At age 21 he was in the show "La Calandria Musical" where he received his first payment for singing. He earned 35 pesos. He and his ranchera music have become most popular in Latin America and in Spain.

In 1995, his tribute to Mexico's beloved Trio Los Panchos, Recordando A Los Panchos, earned him considerable acclaim and produced two major hits, "Miseria" and "No, No, Y No."

He owns and primarily lives in a huge ranch named 'Los Tres Potrillos" located between the cities of Guadalajara and Chapala Jalisco, Mexico. It was named after his three sons. It is complete with stables, 2 houses, a lake, high bred horses and a church. During Christmas time thousands of children go to this ranch where hundreds of thousands of dollars in Christmas gifts are given out.

He loves miniature horses and has bred them at his ranch, where he even has some as small as 6 inches.

In 2005, Fern?ndez and his sons, Alejandro and Vicente Jr., made history by becoming the first Latin American singers to appear as cartoons in a video, for Vicente Sr.'s song, Al Mayor de los Fernandez (To the Oldest Fern?ndez), dedicated to Vicente Sr.'s father.

Vicente has been married to Maria del Refugio Abarca Villase?or since December 27, 1963. He has three sons with her: Vicente Jr, Gerardo, and Alejandro. His fans and the media refer to him as "Chente", a diminutive of his name out of affection but in interviews and events he is also addressed as Don Vicente out of respect. In Mexico he is referred to as "El Rey" (the king) and as "El Charro de Huentit?n" (the Charro of Huentitan). His wife is affectionately known as Do?a Cuca. Vicente, just like his son Alejandro, is notorious for being a ladies man and is often called a Don Juan. [1]

Vicente was involved in a scandal when it was made public that he had maintained a relation for ten years with Patricia Rivera, whom he met in 1977 while filming "El Arracadas". Years later she declared that her son, Pablo Rodrigo, was a product of that relation and Vicente recognized the son as his, giving him the Fernandez name. Afterwards DNA testing proved that Pablo was not his son.[2]

In 2004, while in concert in Miami's American Airlines Arena, Vicente had to pay $30,000 USD for having gone over the original scheduled time for the concert. He sang for three hours some of his all time hits as well as songs from his then new album "Se Me Hizo Tarde la Vida".[3]

Vicente has a star in Hollywood's Walk of Fame and his ceremony there was attended by over 5,000 people, breaking all previous attendance records.[4]