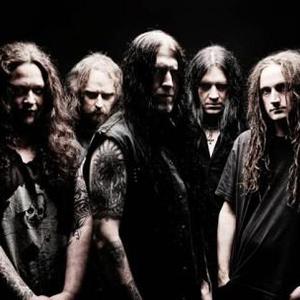 The project was formed by Gregor Mackintosh (Paradise Lost) with the help of his colleagues from At The Gates and My Dying Bride. Their music combines elements of death and doom metal which resulted in the single ?Desecration', released by Imperium Productions in 2011 as a seven-inch vinyl limited to 500 copies. Their debut album is titled ?A Fragile King' and will be released worldwide in late October by Century Media Records. The current line-up consists of:

The current line-up consists of:

Fear Those Who Fear Him