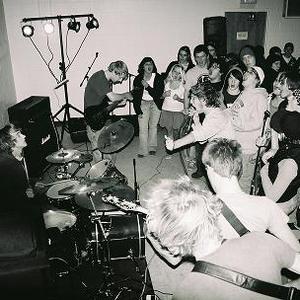 La Dispute, formed in 2004, is five close friends from Grand Rapids, Michigan with a firm passion for the concept of music and art as a medium for making new friends. As a result, La Dispute makes (or strives to make) music that is both artistically, technically, and emotionally engaging in hopes of establishing legitimate connections with any and all interested people, while encouraging dialogue between those people and themselves about things in life that truly matter and that truly last.

La Dispute also carries a firm passion for the relevance of a live show, both for the bands involved and for the people in attendance, and will go to the grave believing that the environment created when strangers come together despite their differences to celebrate one important thing is invaluable and should not under any circumstances be taken for granted.
Their style combines elements of post-hardcore and screamo in a very experimental way to something that can hardly be put into a single genre.

Their first LP,Somewhere at the Bottom of the River Between Vega and Altair, was released November 11, 2008. The album was recorded at Studiotte in Grand Rapids by Joel and Troy Otte.

In late 2011 they released their second LP called Wildlife which has also been added as an accompaniment to the #224 issue of the german "Visions" music magazine.

The Rooms Of The House

Somewhere At The Bottom Of The River Between Vega And Altair