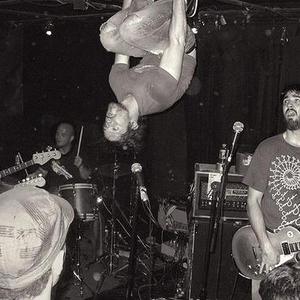 Bear vs. Shark was a post-hardcore band from Highland, Michigan. The members of the group have known each other all their lives with some members forming friendships as early as pre-school. The band actually formed during their college years when the members were playing in separate projects. The group's original drummer Brandon Moss left the group and was replaced by Ashley Horak. They cited classic rock and punk as influences to the group's unique sound.

The group initially sent a demo to Equal Vision Records and a representative from the label flew out immediately to sign the group. Since the release of Right Now You're in the Best of Hands..., the band has toured the United States extensively headlining & opening for other major acts such as Coheed and Cambria. The group quickly gained attention from fans and fellow musicians as well. The group is also known for their high-energy stage show most notably by Marc Paffi (Vocals), who is known to move around the stage frantically during performances. Most of the band members also switched playing instruments during their sets, which was a regular occasion. The group is named after the Chris Bachelder book and also the old hypothetical ''who would win in a fight between a bear and a shark?'' though it has also been circulated that the band's name comes from the shape of Michigan; colloquially, it is said to look like a bear fighting a shark.

On December 21, 2005 the band posted on their website that they decided to call it quits. Although the band didn't cite any specific reason for the break up John Gaviglio (Guitar, Bass) was featured in the December issue of Alternative Press where he did an op-ed piece on the hardships of touring extensively. The band has also been very vocal that they didn't like their touring conditions.

Mike Muldoon and John Gaviglio together with help of Mark Maynard have started a new band project called Cannons, centralized in Brooklyn.[3]

Marc Paffi recorded vocals for the song 1999 on the band If He Dies He Dies release Conquistador on Friction Records.[5]

Brandon Moss is also a member of the band Bars of Gold And Wildcatting.[7] In addition to Wildcatting, Brandon Moss also plays horns in Don't Stand So Close To Me, a jazz/fusion ensemble that mixes solid hits from The Police.

Marc Paffi is also lead singer of Bars Of Gold

Right Now, You're in the Best of Hands