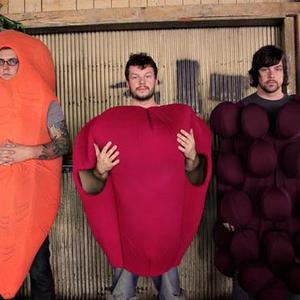 The DC/Chicago/Louisville connection has been long-standing triangle of similar ideas, ethics and sounds, and Louisville, Kentucky's Young Widows keep that spirit alive. From the reverb-drenched inspiration of the Regulator Watts/Hoover family to the bass and drums lock-groove perfected by Shellac and the Jesus Lizard, Young Widows gladly wears influences on its sleeve (their song ?Glad He Ate Her? even gives a knowing wink to the Jesus Lizard's ?Gladiator?).

Of course, the inventive guitar work, a signature of guitarist/vocalist Evan Patterson's bands throughout his years in Breather Resist, Black Cross and The National Acrobat, is still intact and at its peak here. The rhythm section of bassist Nick Thieneman and drummer Geoff Paton (also both former members of Breather Resist) lays down syrup-thick grooves, recalling the best of the ?90s output from the Pacific Northwest (think Melvins, Karp, and maybe even Nirvana), and at times even British post-punk, ala Gang Of Four? But, hell, we don't want to go too far? It's basically solid, grooving, hypnotic, heavy noise-rock? The comparisons are for reference only. This is a new band, a new sound, a new idea: Young Widows.

In And Out Of Youth And Lightness