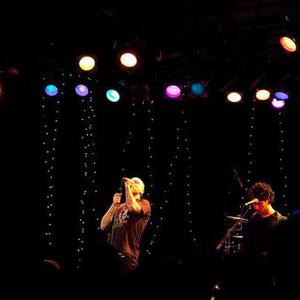 Intense, soulful and poetic, Redlight King's music is both biographical and cathartic. Using the backdrop of his humble beginnings growing up in the hardworking Canadian steel town of Hamilton, Ontario, Redlight King frontman and songwriter, Kaz, wrote his first song at the age of 7 but didn't pick up a guitar until he was 21. A keen observer and prolific storyteller, the songs on Something For The Pain reflect a culmination of life's highs and lows.

After hitting rock bottom, Kaz used the experiences as inspiration and selling everything he had, headed for Los Angeles to record an honest and introspective album that is sure to resonate with the listener. Musically, Something For The Pain blends these pensive musings with a decidedly rock sound punched with rhythmic undertones. "Old Man", the first single from the upcoming CD is not a cover but rather was written as an ode to his own father while paying homage to musical icon Neil Young's song of the same name and, for the first time ever, contains an approved sample of Young's original song. Done with great respect, the song carries a deeply personal message with a thoroughly modern and original twist. Pushing boundaries and taking risks sums up the moniker Redlight King and is an apt description of the band and its music. With victory ahead and the past a nod in the rearview mirror, Redlight King is destined to break barriers.

Irons In The Fire

Something For The Pain