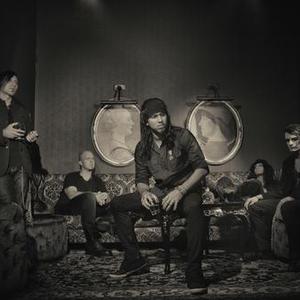 In June 2010, the band posted a new press release in regards to who is producing War of Angels.

POP EVIL CHOOSES MIDWEST NATIVE JOHNNY K TO PRODUCE SOPHOMORE ALBUM ~ Band plans to hit the studio this month to record War of Angels, due out in Feb 2011 ~

With the success of Lipstick on the Mirror, Pop Evil chose Johnny K because of his knowledge in the Hard Rock, Modern and Mainstream Rock genres, as well as crossover successes. It also helps that Johnny himself is of Midwest origin, having grown up in Chicago

?Johnny K understands where we want to go with this next album. He gets where we are coming from and knows what it takes to survive here in the Midwest. With this bond, we know he can help take Pop Evil to new heights? remarked lead singer Leigh Kakaty

War of Angels, a title that signifies the struggle people experience when trying to leave their pasts behind, is being tracked in K's 40,000-square-foot (3,700 m2) music complex, Groovemaster Recording Studios through June and July

?We are excited to fly out and be in Chicago with Johnny. Fans should be on the lookout for some webisodes of us jamming in the studio,? stated Kakaty. ?We are going to have a hell of a time?

In September 2010, the band debuted the first single from 'War Of Angels' in an exclusive video with UFC fighter Frank Mir:

?We are excited to debut our new single with such an amazing UFC fighter. Frank Mir is a proven warrior, and we are proud to have him as a fan of Pop Evil,? exclaimed Pop Evil vocalist Leigh Kakaty.

When asked about his participation in the video Mir stated ?Once I heard the song, I immediately wanted to be a part of this. Pop Evil has a great sound and I think they are about to blow up!?

?Last Man Standing? comes from Pop Evil's sophomore album ?War Of Angels', which will be available this winter through Universal Republic.

In addition to the training video, Pop Evil and Mir are teaming up to give away a signed Dean guitar and shirts from Mir's own Suffer Apparel clothing line. More details can be found on the Pop Evil Facebook page.

War of Angels is expected to be released February 8th, 2011.

Monster You Made (CDS)