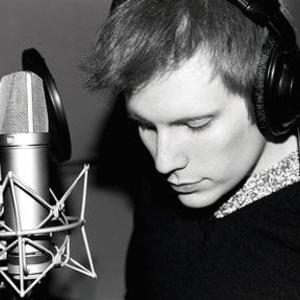 Patrick Martin Stump, born on April 27, 1984 in Glenview, Illinois, is a Chicago musician, composer and producer. Most notably, he is the composer, lead singer, and multi-instrumentalist for Fall Out Boy, an American alternative rock band from Wilmette, Illinois. Patrick Stump comes from a musically inclined family. His father, Dave Stump, is a folk singer, and his older brother, Kevin, is an accomplished violinist .

Patrick Stump comes from a musically inclined family. His father, Dave Stump, is a folk singer, and his older brother, Kevin, is an accomplished violinist [citation needed]. Patrick participated in Music Center of Deerfield's program before secondary education, and played drums for a number of bands during middle school and high school including: Public Display of Infection, Xgrinding processX, and Patterson. He also performed in "Paradox," a student created theatrical performance at Glenbrook South, from 2000-2002. He wrote for Channel Zero, a student produced publication focusing on social issues. He was active in WGBK 88.5 FM the District 225 radio station. Stump removed the "H" at the end of his name because of pronunciation errors. He added Vaughn to his name in 2009. The change was to honor his mother's side of his family who have influenced and supported him just as much if not more than his father's side. He would also like you to know that "it's just pronounced 'Von.'"

When he joined Fall Out Boy, Stump had never sung for a band before nor had he had singing lessons. He first met Joe Trohman at a Borders book store, where they struck up a conversation. He formed the band with Joe Trohman and Pete Wentz, both of whom were active in Chicago's hardcore/punk scene. In earlier bands he had primarily played the drums, however, upon the formation of Fall Out Boy, he took on lead vocal duties and later, when an early guitar player quit days before their first tour, he added guitar.

Though Stump is the lead singer, he seems to be extremely camera shy; thus, the more outgoing Wentz acts as the frontman for the band. However, in 2009 Wentz said that he was trying to "step back" from his fontman type roll and give the light to Patrick. Wentz writes lyrics and Stump writes most of the music for Fall Out Boy. Wentz e-mails huge files of lyrics to Stump who puts them to music.

As a producer, he has worked with The Hush Sound and Gym Class Heroes. Guest vocal appearances include Gym Class Heroes' "Clothes Off!" and Cupid's Chokehold, October Fall's "Second Chances," Knockout's "Breakaway," Motion City Soundtrack's "Everything Is Alright," The Hush Sound's "Don't Wake Me Up," and Misery Signals' "One Day I'll Stay Home."

Stump plays Gibson SG Specials, mainly using a silver with two humbuckers in his early recordings and more recently an Epiphone SG G-400 Custom, which is equipped with three humbuckers. His current guitar is still a Gibson SG, but with a custom graphic designed after the new Fall Out Boy album which was released on February 6th, 2007. The album is called Infinity on High.

The guitar company ,Gretsch?, has created a guitar simliar to the Corvette that Stump often plays on stage. This model is called the G5135-PS Patrick Vaughn Stump Signature Series Gretsch? STUMP-O-MATIC Electromatic? Corvette Guitar and can be bought at any Gretsch? dealer as of February 1, 2009.

Stump has added to his array of talents the position of director with his first film "The Moustachette." The film is a "sarcastic comedy about art and the artless life." Stump says that it's theme is similar to that of Fall Out Boy's "Folie A Deux." Some of the actors in the movie are Ryan Key, Arman Pardisi, Mary King, Jaky Gallagher, and Pete Wentz.

He is currently in a relationship with his long time girlfriend, Elisa. They have a dog named Penny.

He has since left Fall Out Boy and has released an EP and LP as a solo act.
Truant Wave Ep in early 2011 and Soul Punk in October 2011.