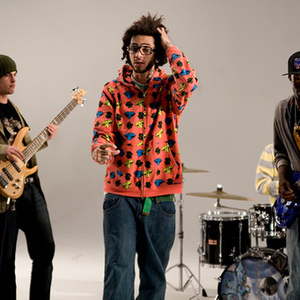 "As cruel as School Children" was released on July 25, 2006. A second version of the album, released on November 4, 2006 additionally contains the single "Cupid's Chokehold"

After the release of "For the Kids", lead singer Travis McCoy won MTV's Direct Effect MC Battle and as a prize, he appeared in Styles P's video "Daddy Get That Cash".

The current configuration of GCH formed as guitarist Disashi Lumumba-Kasongo joined in late 2004, with bassist Eric Roberts joining in mid 2005.

After hearing the song "Taxi Driver", Patrick Stump of Fall Out Boy invited the band to one of his shows. Gym Class Heroes then went on to join Pete Wentz's label, Decaydance Records, an imprint of Fueled by Ramen. Travis later said that Stump's support, coupled with the label's touring ethos and family atmosphere, led the band to signing with Decaydance/Fueled by Ramen.

Gym Class Heroes appeared on the Warped Tour in the summer of 2005 and 2006. The band completed their leg of a tour with The All-American Rejects on Nov. 29 in Las Vegas.

Their recent hit "Clothes Off" reached the No# 3 spot in the uk top 40 charts.

Lead singer Travis McCoy is currently working on a side project called Tequila Mockingbird with Nick Scimeca and is due out sometime early next year.

In mid-September 2008, Gym Class Heroes put out their album, "The Quilt". It was recorded during their late 2007 tour with Fall Out Boy and Plain White T's, "Young Wild Things". Soon after toured with Lil' Wayne on his "I Am Music" tour (late 2008).

The next album will be titled The Papercut Chronicles 2. The Stereo Hearts Songfacts reports that the first single from the album, "Stereo Hearts," features Maroon 5 frontman and The Voice coach Adam Levine on the chorus. It was released for download on iTunes on June 14, 2011 and also sent to all radio stations around the world the same day.

Travis McCoy is currently on a humanitarian trip across the globe to spread awareness about HIV/AIDS and how to prevent it.

Patches From The Quilt (EP)

As Cruel As School Children