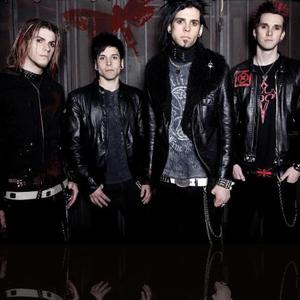 On their debut album THE END OF THE BEGINNING, Like A Storm stir up a torrent of infectious hard rock. The Vancouver-based quartet's first full-length is an avalanche of captivating choruses and hard-hitting grooves, as exemplified by the first radio single ?Chemical Infatuation.? Electronic textures and string flourishes cascade into a wall of distortion as vocal melodies hypnotize. Brothers Chris (Vocals/Guitar/Programming/ Didgeridoo), Matt (Vocals/Guitar/Programming) and Kent Brooks (Bass/Vocals/ Programming) conjure a dynamic rock sound that's simultaneously ethereal and edgy.

Like A Storm's journey began in 2005. After rehearsing once in their native New Zealand, Matt, Chris and Kent decided to move to North America and pursue the rock n' roll dream.

"New Zealand is such an awesome place to grow up," says Chris. "It's a really inspiring place--so beautiful and isolated. But the first time we jammed, we had this amazing chemistry, and we knew we had to take our sound to the world. We left our family and friends and set up in Canada. There are so many different experiences from that time, and the songs on the record are about them."

Upon moving to Canada, it only took one show for Like A Storm to build a buzz. Kai Marcus (Methods of Mayhem/Noise Therapy) saw the band and was instantly blown away. He struck up a friendship with the guys and introduced them to multi-platinum producer/mixer/engineer Mike Plotnikoff (Three Days Grace/My Chemical Romance/ Buckcherry) in early 2006. Plotnikoff and the boys immediately began trading ideas for what would become THE END OF THE BEGINNING.

Worlds Collide: Live From The Ends Of The Earth

The End Of The Beginning