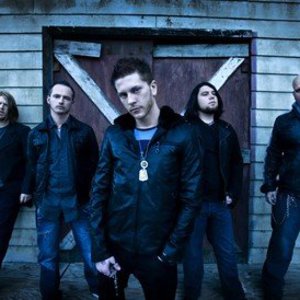 Saving Abel is a post-grunge rock band from Corinth, Mississippi, formed in 2004 by Jared Weeks and Jason Null. The band's name references the biblical story of Cain and Abel. Band member Jason Null came up with the name saying ?I Googled the story of Cain and Abel and found a line about ?there was no saving Abel,' which just jumped out at me.? Up to date the band has released two studio albums, the self-titled album Saving Abel in 2008 and Miss America in 2010

Weeks and Jason Null formed the band in their small hometown of Corinth, Mississippi in 2004. They met when Weeks, who was in a band, was playing guitar at his best friend's house, when Null, who was in a rival local group, walked in to rehearse with his band. Within days of that meeting, Null and Weeks were writing and honing the intimate writing style that now defines Saving Abel. In early 2005, the pair's songs caught the ear of noted producer Skidd Mills (12 Stones, Saliva, Submersed), who took the band into his 747 Studios in Memphis. Mills notes, ?It was ?18 Days' that hooked me. The first time I heard it I was like, ?these guys are the real deal; they'll be doing this for a long time.' Jason and Jared have always understood that the most important part of the music business is having great songs.?

Saving Abel gradually came together in the final electric lineup of guitarist Scott Bartlett, bassist Eric Taylor, and drummer Blake Dixon, and the band paid its dues both onstage and off. Weeks would toss Saving Abel demos onto the stage when bigger bands played in town, and between playing gigs, working day jobs, and Weeks and Null constantly driving from Mississippi to Memphis to record their self-titled EP with Mills, it was a busy and prolific couple years. Weeks remembers; ?I used to work at a hospital. I'd have to be there at 4:30 in the morning drawing blood. I'd wake people up and stick a needle in their arm. I'd be walking around the hospital, singing ?Addicted' in my head, writing down the lyrics on patients' clipboards and doctor script pads.?

Null and Weeks bring in differing songwriting approaches influences, giving Saving Abel a well-rounded sound. Null comes from a musical family, and recalls Saturday nights at the local community center as a child. ?We didn't miss it, ever! It was bluegrass band after bluegrass band. We'd hoot and holler, as we used to say. My brother traded my bike for a guitar for me when I was 6, and I learned ?Johnny B. Goode' that night! I go back to Willie and Waylon, but as a kid of the ?80s, I also love Metallica. Also, Angus Young is one of my main influences, as well as the guitar sound and solos of Seattle bands like Soundgarden and Alice in Chains.? For his part, a teenage Weeks played basketball and went to state twice in tennis before music consumed his life. A big fan of the blues and Southern Rock, Weeks calls himself the more ?literal? songwriter of the two, explaining, ?If something is really bothering me, or how I'm feeling at that moment, I'll write about it. For me to get the most out of a song, I have to get it almost to the point I'm ready to cry if I can't get it out, and that makes people relate to it.?

After shopping their indie EP for almost a year, a copy of ?Addicted' found its way to one-time Virgin A&R Consultant Scott Frazier and manager partner Rick Smith. They were so excited that they sent the song to the label's Chairman/CEO Jason Flom. Flom was impressed upon first listen and immediately sent A&R vet Kim Stephens (Collective Soul, Matchbox 20, Edwin McCain) to see the band in Jackson, Tennessee. The band was signed the next day. Says Stephens, ?I was sold on the merit of the songs and instantly recognized this was a band with huge potential.?

Saving Abel, the Virgin debut produced by Mills, features mostly brand-new tunes, plus a few favorites from the indie EP, including the poignant, perfectly crafted ?18 Days,? ?Running From You,? and ?Drowning Face Down.? Null explains that ?18 Days? was lyrically inspired by sheriff Buford Pusser of ?Walking Tall' fame, while laughingly admitting that the rowdy road trip in ?New Tattoo? (?The blue is for the bruise you left in my heart / and the red is for the color we're about to paint this town?) is ?based on a true story.? Null furthers: ?Our goals are always to concentrate on the song, not just one cool part to make a kid bop his head. Every person I talk to loves a different song of ours.? Null was also the one who gave the band its name: ?I Googled the story of Cain and Abel and found a line about ?there was no Saving Abel,' which just jumped out at me.? Everyone agreed and the name stuck?much like Saving Abel's songs get instantly stuck in the minds and ears of everyone who hears them. With a radio-ready sound combining big riffs and memorable melodies, Saving Abel has created a polished combination of Southern and Alternative rock?. 2008 style. Get Addicted. Get Saving Abel. You can go to http://savingabel.com

Bringing Down The Giant