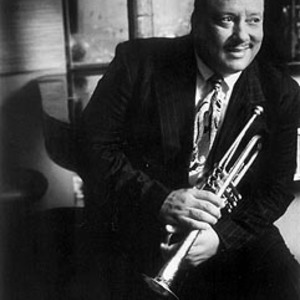 Arturo Sandoval (November 6, 1949 - ) is a Cuban-American jazz and classical trumpeter. Granted political asylum in July 1990 and US citizenship in 1999, Sandoval and his family now call Miami, Florida home. A prot?g? of the legendary jazz master Dizzy Gillespie, Sandoval was born in Artemisa, a small town in the outskirts of Havana, Cuba, just two years after Gillespie became the first musician to bring Latin influences into American Jazz. Sandoval began studying classical trumpet at the age of twelve, but it didn't take him long to catch the excitement of the jazz world.

He has since evolved into one of the World's most acknowledged guardians of jazz trumpet and flugel horn, as well as a renowned classical artist.

Sandoval was a founding member of the Grammy Award-winning group Irakere, whose explosive mixture of jazz, classical, rock and traditional Cuban music caused a sensation throughout the entertainment world. In 1981, he left Irakere to form his own band, which garnered enthusiastic praise from critics and audiences all over the world. Sandoval was voted Cuba's Best Instrumentalist from 1982 to 1990.

Arturo Sandoval has been awarded 4 Grammy Awards, 6 Billboard Awards and an Emmy Award. The latter for his composing work on the entire underscore of the HBO movie based on his life, ? For Love or Country ? starring Andy Garcia. He is one of the most dynamic and vivacious live performers of our time, and has recently been seen by millions in the Grammy Awards performing with pop-phenomenon Justin Timberlake as well as on the Latin Billboard Awards with the gifted Alicia Keys, where he was awarded his 6th Billboard Awards for ? Best Latin Jazz Album?.

Not only is Arturo a tenured professor at Florida International University, but he works nationally and abroad with innumerable institutions and their music departments offering several scholarships, exercise books, clinics and seminars, and has rendered a considerable amount of time working with the NARAS educational program. Furthermore, Hal Leonard Publishing has not only released additional educations books with recorded CDs that include original exercises by Sandoval, but has published various big band, combo and marching band charts from his award winning albums. Arturo Sandoval maintains one of the most extensive educational programs in the industry.

Sandoval is also a renowned classical musician, performing regularly with the leading symphony orchestras from around the world. Arturo has composed his own ?Concerto for Trumpet & Orchestra?, which can be heard on ?Arturo Sandoval: The Classical Album.? Also, he has been chosen to perform with the foremost orchestras on primetime television, and was asked by John Williams to record on Williams' original Trumpet Concerto with the London Symphony Orchestra. His classical artistry has earned him the respect and admiration from the most prestigious conductors, composers and symphony orchestras world-wide.

Dear Diz (Every Day I Think Of You)

Dear Diz (Everyday I Think Of You)

My Passion For The Piano

For Love Or Country