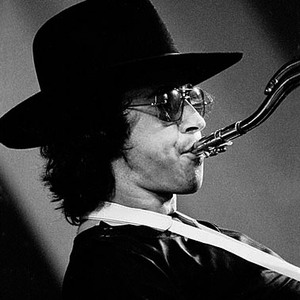 Leandro Barbieri (born on November 28, 1934 in Rosario, Santa Fe Province, Argentina) better known as Gato Barbieri (Spanish for "Barbieri the Cat") is an Argentine jazz tenor saxophonist and composer who rose to fame during the free jazz movement in the 1960s and from his latin jazz recordings in the 1970s. Born to a family of musicians, Barbieri began playing music after hearing Charlie Parker's "Now's the Time.

He played the clarinet, then the alto saxophone while teaming with Argentine pianist Lalo Schifrin in the late 1950s. By the early 1960s, while in Rome, he played tenor saxophone, also with trumpeter Don Cherry. Influenced by John Coltrane's late recordings, as well as those from saxophonists Albert Ayler and Pharoah Sanders, Barbieri's warm and gritty tone began to form that would become his trademark sound. In the late 1960s, he was fusing the musics from South America into his playing and contributed to multi-artist projects like Charlie Haden's Liberation Music Orchestra and Carla Bley's Escalator Over The Hill. His music score for Bernardo Bertolucci's film Last Tango in Paris earned him a Grammy Award and landed him into a record deal with Impulse! Records.

By the late 1970s he was working for A&M Records, and moved his music towards jazz-pop with albums like "Caliente" (with his best known song, Carlos Santana's Europa).

Though he continued to record and perform into the 1980s, the death of his wife Michelle led him to withdraw from the public. He returned to recording and performing in the late 1990s, playing music that would fall into the arena of smooth jazz.

The Shadow Of The Cat