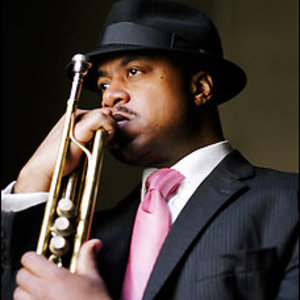 Nicholas Payton (born September 26, 1973) is a jazz trumpet player from New Orleans, Louisiana. The son of bassist and sousaphonist Walter Payton, he took up the trumpet at the age of four and by the time he was nine he was playing in The Young Tuxedo Brass Band alongside his father. Encouraged by Wynton Marsalis, who was himself involved in New Orleans' jazz and brass band music in his youth, Payton played semi-professionally throughout his grade school years and at the age of 12 played with the All star jazz band at festivals througout the United States and Europe.

Upon leaving school he enrolled first at the New Orleans Centre for Creative Arts and then at the University of New Orleans, where he studied with Ellis Marsalis.

After touring with Marcus Roberts and Elvin Jones in the early 90s Payton signed a recording contract with Verve; his first album, From This Moment, appeared in 1994. In 1996 he performed on the soundtrack of the movie Kansas City, and in 1997 received a Grammy Award (Best Instrumental Solo) for his playing on the album Doc Cheatham & Nicholas Payton. After seven albums on Verve Payton signed with Warner Brothers, releasing Sonic Trance, his first album on the new label, in 2003. Besides his recordings under his own name, Payton has also played and recorded with Wynton Marsalis, Christian McBride, Joshua Redman, Roy Hargrove, and Doc Cheatham.