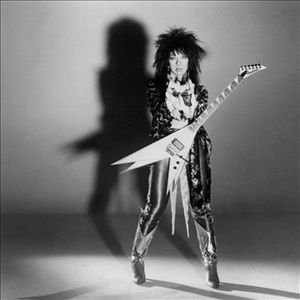 Vincent John Cusano (born August 6, 1952, in Bridgeport, Connecticut), better known as Vinnie Vincent, is a guitarist and songwriter most famous for his brief membership in the band KISS. Vincent played a few guitar solos on the album Creatures of the Night and subsequently toured with KISS in "Ankh Warrior" makeup created by Paul Stanley, KISS's lead singer and rhythm guitarist. After that, he remained with KISS for one additional album, Lick It Up recorded in 1983, before being fired from the band for alleged unethical behavior.

He later performed as a solo artist and with his own band, Vinnie Vincent Invasion.