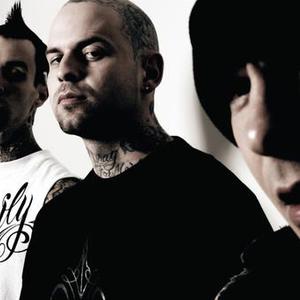 Transplants is the name of an American punk/hip hop band. They formed in 1999 when Tim Armstrong of the band Rancid played his friend and roadie Rob Aston some beats he had made using Pro Tools and asked Rob if he would consider contributing lyrics. Initially, Tim played all the instruments himself but as the project grew, he invited musician friends such as Matt Freeman (Rancid), Lars Frederiksen (Rancid), and Vic Ruggiero (The Slackers) to add to the sound.

Before long, Tim and Rob decided to officially form a band, but to make things complete, they wanted a drummer, so Travis Barker from blink-182 was asked to join in 2002. Travis actually recorded all drums for the first album in about eight hours.

Tim first became inspired to work with loops and samples after being introduced to London's speed/garage scene by Kerrang! magazine writer Morat in the mid-90s.

The group's music is a combination of hip hop, reggae, drum n bass, dub, and punk, but not necessarily all at once. Although many are used sparingly throughout the album, punk and rap remain as the prominent styles. Lyrically, Rob Aston describes their songs as ranging from topics such as murder ("Quick Death") to the passing of a loved one ("Sad But True") to failed friendships ("We Trusted You").

After two years of recording, they released their debut album Transplants on Hellcat Records in October 2002. In the end, the album was recorded and mixed entirely in Tim's basement. Special guest vocalists included Eric Ozenne (Nerve Agents), Davey Havok (AFI), Danny Diablo, Lars Frederiksen (Rancid) and Brody Dalle (The Distillers, ex-wife of Tim). Brody sings on the track "Weigh On My Mind", which Tim then described as "their song".

The singles, "Diamonds and Guns" and "D.J. D.J.", quickly became MTV favorites and earned the band critical and commercial success. "Diamonds and Guns" and its unmistakable piano hook played by co-producer Dave Carlock continues to win new fans through TV commercials for Garnier Fructis shampoo. The band followed up the record's success by touring with the Foo Fighters.

After the 2005 blink-182 hiatus, Travis Barker said that he was returning to working with Transplants and Plus 44, a side project with Blink's Mark Hoppus. The Transplants' second album, titled Haunted Cities, was released in June 2005.

In an interview with Rob Aston and Paul Wall on January 16, 2006 about their new project with Travis Barker, Expensive Taste, Rob commented that the Transplants broke up. In the interview he stated "The Warped Tour had just ended and Transplants had just broken up".