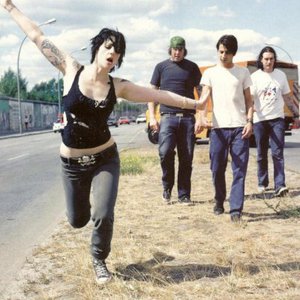 The Distillers were a punk rock band formed in Los Angeles, California, United States in 1998. They released their first two albums on Hellcat Records/Epitaph Records before moving to Sire, part of the Warner Music Group. The Distillers were originally formed by Australian-born Brody Dalle. As lead singer she adopted a signature harsh singing voice. Although there were constant line-up changes, Brody consistently played the guitar, sang, and wrote or co-wrote nearly every song on all the band's albums.